This year’s Central Loudoun Christmas Bird Count, our 21st, was a tremendous success. While the number of participants was down a bit (about 95), we had a really good year for species (98) and individuals (46,703).

The colder than normal temperatures (a low of 10 and a high of 24) appeared to encourage more birds to keep feeding and visible than is usual. While most water bodies, even the Goose Creek, were completely frozen, those that were open attracted large numbers of waterfowl.

We added three species we’ve never had before, an Osprey along Goose Creek, two Iceland Gulls at the County Landfill , and a Count Week Ross’s Goose on a pond a little southwest of Purcellville.

Other unusual sightings were:

–   A Greater White-fronted Goose, only the second time we’ve had one. Interestingly enough there was a second one during Count Week (the three days before and after the count). 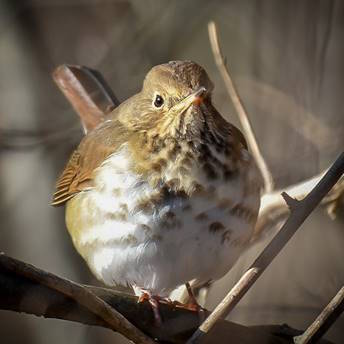 –   A Blue-winged Teal during Count Week, seen only twice before,

–   Three Snow Geese, found on about half our counts

–   Two Wood Ducks, found on about half our counts

–  Two Northern Shovelers, found on about half our counts

–  Three Common Goldeneye, found on a third of our counts

–  One Rough-legged Hawk, found on only five previous counts

–  Great Black-backed Gull, found on about half our counts 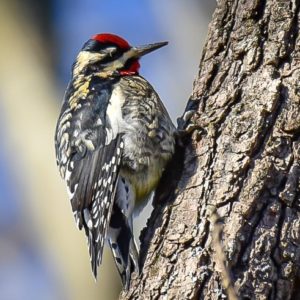 –  132 Yellow-bellied Sapsuckers – more than any previous year and, in fact, the first time we have exceeded 100

–  Over 7,000 American Robins – while several of the sector leaders commented on how abundant this species was, two sectors had very few.

–  A Gray Catbird, found on about half our counts

–  Four Brown Thrashers, the most we’ve ever had on this count and found on about ½ our counts

–  Forty Chipping Sparrows, while usually found in single digits, this species appears to be lingering further into winter every year in small flocks.

While the five American Kestrels were not the fewest we’ve ever had (that was three in 2015), this low number continues to document the sad decline of this species in the mid-Atlantic. Up until a few years ago we’d rarely find fewer than 20 kestrels. Also, for the first time ever, we did not find a single Eastern Meadowlark. This species, as is true of most grassland birds, has been declining for years, and is one more indicator of how difficult it has become for birds to thrive that rely on grasslands for their habitat.