There’s a vulture roost near my house! Should I scream and run, or jump for joy? Let’s bust some myths! 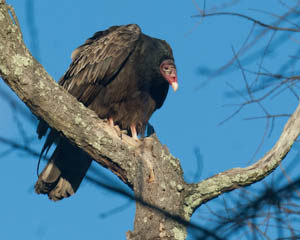 3. Do people experience property damage as a result of living near a vulture roost? Myth: Partly true.

4. Vulture populations are not at risk, right? Myth: Partly true.