Plenty of Ducks Seen in December at Dulles Wetlands

A beautiful December morning greeted the 13 people who visited, with special permission, the privately-owned Dulles Greenway Wetlands Mitigation Project on the 4th. While it was cool when we started, it quickly warmed up to where we were shedding our gloves. In addition to a Bald Eagle watching over its enormous nest, there were numerous ducks on the water, including large numbers of Hooded Mergansers and American Black Ducks, as well as smaller numbers of Northern Shovelers, Gadwall, and Green-winged Teals. All of us also enjoyed watching a Northern Harrier, probably a hatch-year bird, flying overhead. And about half the group was thrilled to watch two Golden-crowned Kinglets flitting around the Eastern Red Cedars near the entrance. 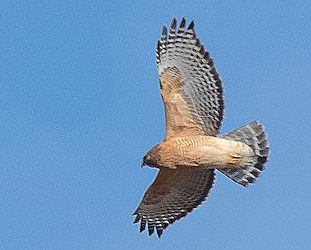 For a complete list of the birds observed at the wetlands see the list below or view online at https://ebird.org/checklist/S98442669.

In addition to three regular monthly bird walks, Loudoun Wildlife Conservancy also schedules special walks at other Loudoun County natural locations − today’s walk at the wetlands, led by Joe Coleman, Mary Ann Good, and Carol Sottili, was one of those.

You can also join us for the Central Loudoun Christmas Bird Count on Tuesday, Dec. 28. We will field approximately 20 teams that day and cover an area from Ashburn to Purcellville and Waterford to Aldie. Beginners are teamed with experts. You can bird only a couple hours or all day if you wish. 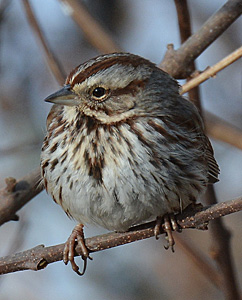