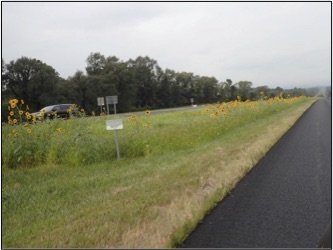 On Tuesday, December 4th, the Board of Supervisors approved unanimously a measure for the county to investigate how much it would cost to supplement VDOT mowing responsibilities along medians and roadsides. The Loudoun Wildlife Conservancy has some concerns about this undertaking.

Nicole Sudduth, the previous Loudoun Wildlife executive director, along with other local leaders, worked diligently with local and state VDOT officials since 2015 to create more wildlife friendly mowing practices in medians throughout the Commonwealth. An agreement was reached with VDOT to restrict mowing to the edges of medians throughout the summer, waiting to mow until November, after most pollinators have completed their life-cycles for the year. Not only does not mowing provide benefits to pollinators, it promotes motorist safety, reduces maintenance costs, and improves roadside aesthetics. VDOT officials recognized that there were not any downsides to mowing reduction. Since this practice has been implemented, the results have been positive.

The benefits to reduced mowing practices are plentiful. Unmowed medians might not look “well kept” to the untrained eye, but they are important habitat for pollinators throughout the summer and into the fall. Allowing native grasses and wildflowers to grow provides food and homes for bees, butterflies, and other insects that are necessary for the sustainability of plants including nearby agricultural crops. Roadsides and medians also provide linear connections of habitat that appeal to wildlife. Pollinators are an essential component to the global food web, and the health and success of pollinators is crucial to human health. 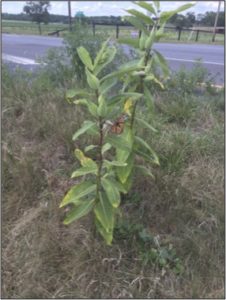 These medians also include vital milkweed habitat for Monarch butterflies, which originate and migrate through Loudoun County in the fall every year on the way to Mexico. Native plants growing in medians reduce invasive weeds, which lowers the need for herbicide or pesticide spraying. Native plants also provide better weed and soil erosion control than nonnative grasses.

Economically, not mowing the medians benefits to the agricultural economy by providing habitat for species that pollinate crops, and it puts less stress on state budgets. Increased mowing would only waste taxpayer dollars. Instead, we could focus on educating our residents about the importance of pollinators, and how these medians are increasing the quality of life for both humans and wildlife.

We know our 1,000+ members appreciate seeing wildflowers blooming throughout the spring, summer and fall in our medians and along our roadsides. The benefits have been scientifically studied, and they are numerous, while the negatives are mostly uninformed opinions of natural landscapes looking “messy”.

The Xerces Society has a wealth of knowledge on the benefits of managing roadsides for pollinators that can be found here.