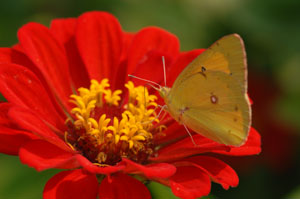 The 2007 Butterfly Count was another success with 40 people participating, compared to 37 last year. This is the highest number of participants we have had in our 11 years of holding this count and it allowed us to expand to 6 teams so we could cover more territory.  August 6, 2007 proved to be a hot one with temperatures well into the 90s and humidity to match.  While the teams all began at 9:00am, many of us were wilted by early afternoon and called it a day although a couple of teams were able to keep at it until about 4:00pm. Adding up the hours spent by each team, we counted for 26 ¼ hours.

See the results of the count here. You can also see all our count data here.