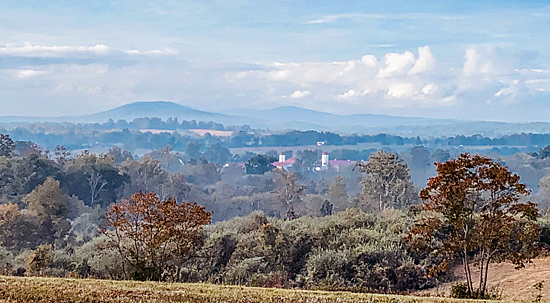 Twelve birders joined Joe Coleman and Michael Sciortino for the October walk at Banshee Reeks Nature Preserve. The group decided that the Raspberry trail field to the west of the visitor’s center would offer our best opportunity for sightings plus it would give us good views of the open skies, which were active on this fall Saturday. We were treated to mild temperatures, no rain and fast-moving clouds coming from the east.

We recorded six of Banshee’s seven woodpecker species that included our first sightings of three Yellow-bellied Sapsuckers — these were the first of the season for many of the birders in attendance that morning. Along the trail we heard and saw a lone Red-headed Woodpecker flying north across the open field headed for the adjacent woods. We were also treated to our first White-throated Sparrows as we came upon a handful of them in the hedges that line the field. One individual greeted us with its beautiful, sweet whistle. It was such a wonderful sound to hear again after its summer absence.

The Blue Jays were plentiful as the group recorded thirty during the walk. They were calling and warning each other about the Sharp-shinned Hawk that was hunting in the area. We had good sightings of the tiny hawk as it perched on a snag and then frantically flew off towards its prey. On one occasion it perched directly above the trail to get a look at our group, decided we were not worth it, and left in a frenzy.

The skies did provide looks and sounds of a Red-shouldered Hawk, Canada Geese, Cooper’s Hawks, Peregrine Falcons, a Norther Harrier, both vulture species and three Double-crested Cormorants. Gray Catbirds were still at Banshee calling from deep in the brush, and we had good looks of a lone Ruby-crowned Kinglet.

Interestingly, we did not record a single warbler on this fall day, perhaps because we spent most of our time looking up at the fast-moving clouds and many species that took to the skies.

For a complete list of our bird sightings, see below or view on eBird  at https://ebird.org/checklist/S95836040 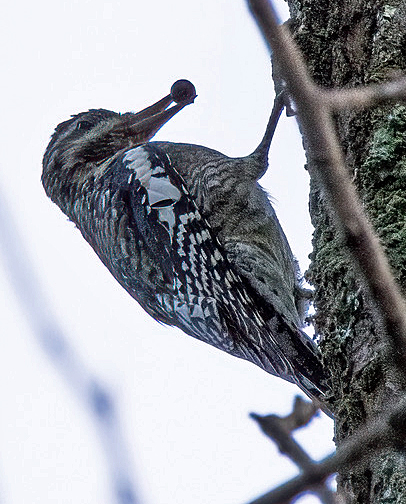