164 Species and More Than $20K: Setting Records as We Celebrate Birds

During the height of bird migration in our area, April 24-May 23, the Loudoun Wildlife Conservancy (LWC) celebrated one of nature’s greatest phenomena — bird migration. Eleven different bird walks and a Big Sit, all of which filled up as soon as registration was opened, took place. Thirteen group leaders, many of whom also participated in the Birdathon, led them and found 119 bird species.

This year’s Birdathon, which occurred simultaneously with the Celebrate Birds events, was an incredible success. Nine teams made up of 37 people observed 161 different bird species, including a number of rarities, and raised $20,300 for Loudoun Wildlife. All three of those numbers set records for the Birdathon. Since three of the species spotted during the walks were not found during the Birdathon, the total snapshot of Loudoun’s birds was an incredible 164 species.

In spite of challenging weather, the Raven Loonatics — Donna Quinn, Bruce Hill, Gerco Hoogeweg, and Larry Meade — had their most successful Birdathon ever, finding 131 species, a new record that is unlikely to be broken. At the Dulles Wetlands, their last stop for the day, they surprised a Virginia Rail but were, in turn, surprised by a pair of Trumpeter Swans. Their first-day tally was 124 species, more than any other team found altogether.

The Gone Pishing team — Bryan Henson, Allison Gallo, and Jane Yocom — found 120 species, the second highest number this year — and raised over $6,600, well more than any other team has ever raised! In their report they write about beginning at the Blue Ridge Center for Environmental Stewardship (BRCES), one of the loveliest parks in Loudoun County. BRCES is located on the far northwestern side of the county and its tranquil country feel contrasts dramatically with the hustle and bustle (cars, airplanes, boaters, etc.) of some eastern parts of the county. Nonetheless, almost every one of the nine teams visited those bustling areas and found an incredibly diverse number of birds. At the Middlesex Drive Pond at the opposite end of the county from BRCES, Gone Pishing found a rare-for-our-area Common Gallinule.

The Shrike Force team of Joe Coleman, Mary Ann Good, and Laura McGranaghan raised over $5,700 for the second year in a row. While they had a great time birding western Loudoun, especially BRCES and the Blue Ridge itself, their most exciting finds were at wildlife-rich Bles Park, where they found both a  River Otter and a Yellow-crowned Night-Heron.

The Ligi Nestlings, in their 13th Birdathon, had a lot of fun covering the county from the west to Claude Moore Park. The Larkolinks concentrated on Lovettsville, Waterford, and BRCES. Their most amazing sighting, to quote them, “was not of birds, but of maybe 90 to 100 large trout swimming and jumping in the creek!” The Grumpy Old Men “withered under clear skies and high temperatures on May 18 and 19, but had a lot of fun despite the heat.” The Fully-palmated Birders “clocked in at 115 species after visiting 12 different locations throughout the county and logging close to 20 miles of hiking over the two days, including a six-hour hike at [BRCES] that was quite fruitful.”

While the Birdathon was great fun for every team, all of us were reminded how important it is to protect natural habitats, especially in areas subject to intense development pressure. Bles Park, the Broadlands Wetlands, Middlesex Drive Pond, and Olde Izaak Walton League Pond are all excellent examples of this. Since Loudoun Wildlife’s Birdathon began over 15 years ago, we’ve learned how rich the county’s wildlife habitat is and how important it is to protect it.

The Birdathon is an important fundraiser for Loudoun Wildlife and is one of its several citizen science tools, helping us to evaluate the health of our local bird populations and their habitats. We thank all the generous Birdathon donors for supporting our efforts, the members of the nine teams, and the leaders of the 11 walks, who all made it possible. 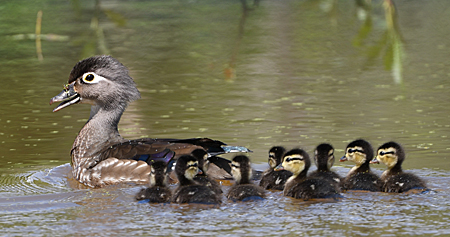 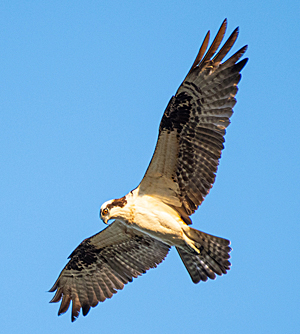 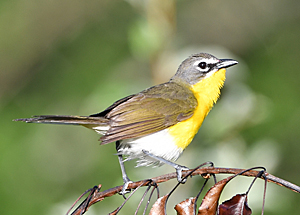 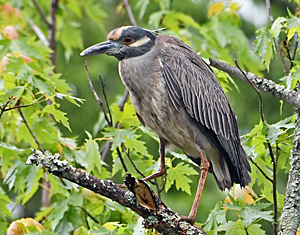 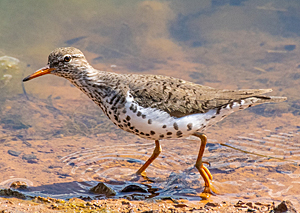