In spite of the pandemic, 110 observers came out for the 24th Central Loudoun Christmas Bird Count and found 96 different bird species and 37,439 individuals ─  all higher than our 24-year count average. 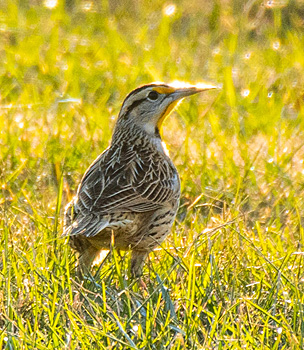 And while the primary purpose of the Christmas Bird Counts, which is the world’s longest citizen science project, is to study the population dynamics of birds, it’s always fun to find rare and unusual birds and this year provided several. Allison Gallo and Polly Nagell found a Western Kingbird, a very rare visitor to our area, and also observed a Golden Eagle, only the second for this count. Both were in an area northeast of Leesburg which has been coordinated by Steve Makranczy for several years. This area has proven year-in and year-out to be of one of the count’s most productive, probably because of Steve’s extensive knowledge of the area and its rich natural areas.

Cackling Geese were found for only the third time in the history of this count. A Palm Warbler that was found in western Loudoun a little south of the Goose Creek was only the fourth time that this species was found. A Merlin was another uncommon find for the count.

In terms of sheer numbers the landfill, which is covered by Bob Abrams with special permission from the County, usually has the most individuals because of the large flocks of gulls, crows, and starlings that find it a vast buffet. The landfill also usually provides some rarities and uncommon species, and this year was no exception. While Lesser Black-backed Gulls are certainly more common than they used to be in the mid-Atlantic, the one Bob found this year is still a rare visitor to Loudoun County.

Changes from year to year are always fascinating. While last year was a boom year for several species of woodpeckers, only Yellow-bellied Sapsuckers showed up in record numbers this year. In fact, the 10 Red-headed Woodpeckers found were a dramatic decrease from last year’s record 84 but their decline had a rational reason which we’ve seen before ─ when the mast (acorn) crop is low, and it was this year, most Red-headed Woodpeckers don’t overwinter in the area. 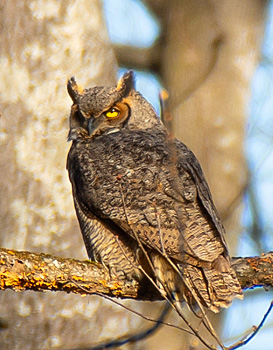 It was wonderful to see 760 Eastern Bluebirds tallied, not only a record for this count, but a dramatic turnaround from the declines they endured during the height of West Nile Virus’s impact. Also, one can’t help but wonder how much Loudoun Wildlife’s extensive Bluebird Trail program has helped reverse that trend.

Other high counts occurred for Black Vultures (733), Red-shouldered Hawks (163), Fish Crows (1,410), Chipping Sparrows (53), and White-throated Sparrows (2,455), along with 44 Eastern Meadowlarks ─ especially good news for this grassland species whose numbers have been decreasing for years.

Loudoun Wildlife Conservancy thanks the many participants as well as the numerous landowners who gave us permission to visit their properties. Without both, this count would not be the success it has been for 24 years, and we wouldn’t have this snapshot of what is happening to birds in Loudoun in early winter.

To see our totals and how they compare to previous years check out the Christmas Bird Count Data. 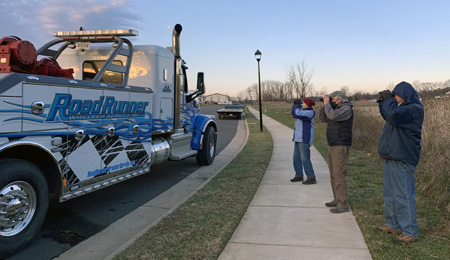