Olive-sided Flycatcher is the Highlight of the Banshee Reeks Walk 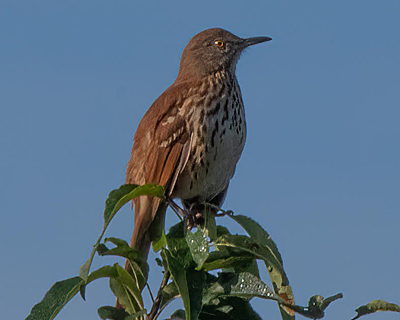 Twenty-three people gathered for bird watching at the Banshee Reeks Nature Preserve on September 10, a beautiful day with a hint of fall in the air.  We found a total of 55 bird species along with a number of butterflies and meadows full of beautiful late summer/early fall wildflowers. While it took some time to get out of the parking lot because of the many birds in its vicinity, everyone got good looks at an Olive-sided Flycatcher before heading out.

Michael Sciortino led one group to the western side of the preserve while Joe Coleman and Jane Yocom led the other group to the beaver pond and then back to the Visitors Center via the Greenway. Both groups watched juvenile Bald Eagles soaring high in the sky, listened to numerous White-eyed Vireos and playful Ravens. 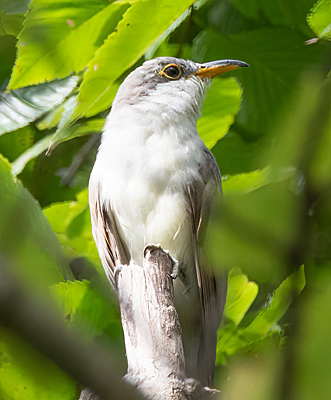 Michael’s group also saw and heard three Yellow-throated Vireos (all in the same area), a male and a female American Redstart, a Black-and-white Warbler and an immature Tennessee Warbler near the pond area. They also had a quick fly by of a Sharp-shinned Hawk while they were on the Raspberry Trail and good looks at a Yellow-billed Cuckoo.

In addition to the birds mentioned above, Jane and Joe’s group saw a Nashville Warbler close to the silos, a male and a female Rose-breasted Grosbeak near the beaver pond, and an Orchard Oriole and a Baltimore Oriole near the garden plot.

The complete lists of birds observed can be seen below or on eBird at: https://ebird.org/checklist/S118456275. 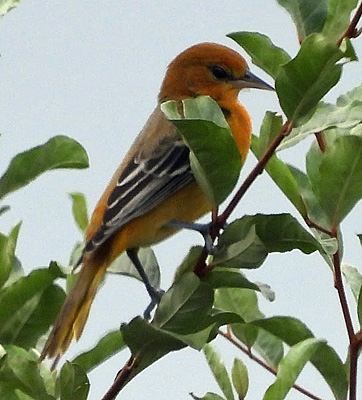