Volunteers have been the lifeline of the Loudoun Wildlife Conservancy since the organization started in 1995. Even though we now have paid staff, we still rely on volunteers to accomplish almost everything we do and will continue to do so well into the future. Volunteers are the key to our success as an organization! For this reason, it’s important to take a moment each year to recognize the outstanding contributions made by volunteers.

One of the highlights of the 2019 Annual Meeting held June 2 was presenting the Volunteer of the Year Awards for 2018. With so many dedicated folks involved in our organization, it can be difficult to decide who to recognize. With input from the Board of Directors and Volunteer Operations Team, the Awards Committee chose the following individuals for their continued commitment to Loudoun Wildlife’s mission and vision:

The Joe Coleman Award, given to either a Board member or program coordinator, was formerly referred to as a Volunteer of the Year Award. The Awards Committee chose to change the name of the award for 2018 and going forward to honor Joe Coleman, outgoing president and founding member, for his many years of dedication to our organization. 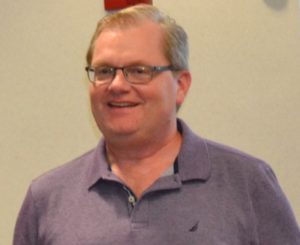 Dave Manning, recipient of the first Joe Coleman Award, was key to initiating the revival of the Stream Monitoring Program by opening the door to participation on the committee. He continues to be an active voice and supporting presence in the program while also becoming more involved with other Loudoun Wildlife programs. Dave is instrumental in planning Habitat Restoration Projects, and with shovel in hand, is always ready to plant. He also monitors bluebird nest boxes on the Loudoun Wildlife trail at 50 West Winery and often lends a helping hand at outreach events. Last but not least, Dave is an invaluable member of the JK Black Oak Wildlife Sanctuary Committee. 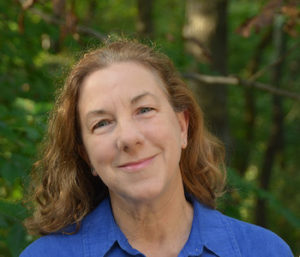 Sheila Ferguson received the 2018 Volunteer of the Year Award, given annually to someone who is not a Board member or program coordinator. Sheila is always a huge help with the Native Plant Sale, where she draws the map for vendor and Loudoun Wildlife table layout, helps distribute posters and cards advertising the event, makes volunteer name labels, and organizes the volunteer check-in area. Sheila is also very active with the Plant NOVA Natives program, volunteering for a variety of outreach events. She designed the popular “Super Nine” brochure — always a favorite — to encourage people to use the native plants that attract the most pollinators. Additionally, Sheila regularly visits the JK Black Oak Wildlife Sanctuary, surveying the plants and wildlife that make this rare vernal pool forest such a special place. 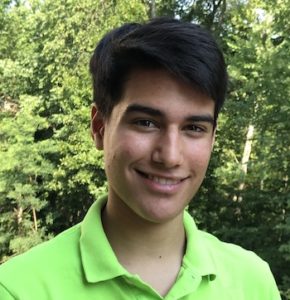 Tycho Svoboda is the recipient of the 2018 Youth Conservation Award, which has been presented to someone under the age of 18 since 2017. Tycho is active in Environmental Conservation and Education through both his school and Loudoun Wildlife Conservancy. He is a founding member of the Riverside High School Environmental Club, which he started with his science teacher in his freshman year. Now a sophomore, Tycho often recruits his classmates and fellow club members to participate in Loudoun Wildlife stream monitoring events. Himself a certified stream monitor, he has participated in or led a number of monitoring events this past year. Tycho also developed a smartphone app to collect stream monitoring data and automatically calculate stream health using the Virginia Save Our Streams (VASOS) protocol. He then began coordinating with VASOS to test and validate the quality of the results. The VASOS liaison was impressed with this app and opened up an interface to allow the app to directly upload to the VASOS database. VASOS has stated that it would like to release the app statewide! The Stream Monitoring Committee believes this app will help entice a new, younger wave of monitors to experience citizen science through stream monitoring. Dave Manning, the 2018 Joe Coleman Award recipient, said that “Tycho Svoboda is an amazing young man and a tremendous role model for his generation.”

Congratulations to our 2018 award recipients! Many thanks to the awardees and to all our volunteers for everything you do to make Loudoun Wildlife Conservancy a successful organization.

Tags: Volunteer of the YearVolunteers
0