Stanwyn G. Shetler is Curator of Botany Emeritus and a former Deputy Director of the Smithsonian Institution’s National Museum of Natural History.  He has been a member of several plant societies, including the Virginia Native Plant Society, and has served several terms on the Board of Directors of the Audubon Naturalist Society and was its president from 1974 to 1977.  In 1995, he received the Society’s highest honor, the Paul Bartsch Medal, for outstanding contributions to conservation and environmental education. 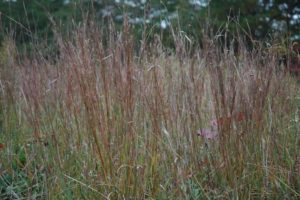 “Is it native?” is perhaps the most commonly asked question on a wildflower field trip nowadays. We have learned to give the evil eye to exotics or aliens, plants from elsewhere that don’t belong here.

The more we study the local flora the keener is our sense of place, of what belongs and what doesn’t belong, and this leads us to use terms like “native” and “alien.”

To the uninitiated plants are plants, each to be enjoyed for itself without prejudice of history or place, and the distinction between native and alien is judgmental and baffling.

There is, of course, good reason for calling attention to the alien species in a flora. Some of them (about 10%) become invasive, spreading rapidly and “overpowering” the native species. These invasive aliens destroy habitats and native plant communities and, if not unstoppable, may require herculean measures to control or eradicate. But we can get so consumed by this fight that we fail to see the drama of plant dispersal, migration, and present distribution.

Step back and take the long view of plant distribution. Every species originated somewhere on earth.  A plant geographer (phytogeographer), like a good detective sifting the clues, often can trace back through time to the region or place of origin. From that place it has dispersed and migrated over time, perhaps eons, to its present area of distribution.

Some species have gone far, perhaps worldwide, while others, especially “young” species, have stayed put (narrow endemics). How far depends on, among other things, the elapsed time, means of dispersal, and ecological versatility of the species.

The shifting continents have moved whole floras around, giving rise, for example, to similarities between the eastern North American and European and the West African and northeastern South American floras. Birds are important long-distance dispersers. They carry seeds and other plant propagules, sometimes thousands of miles. 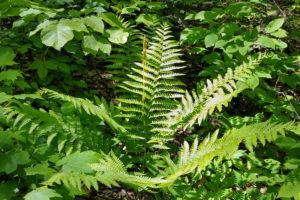 This is particularly true of waterfowl and shore birds and accounts perhaps in large part for the widespread ranges of many aquatic plants. Wind and water also disperse seeds varying distances. The spores of spore-bearing plants (e.g., ferns, mosses, lichens) may be carried around the world in the upper currents. On a local level animals disperse seeds in their hair and scat, and ants take seeds to their nests and are agents of much micro-dispersal.

Humans are master dispersal agents who throughout history have been taking their favorite garden, orchard, and ornamental plants with them wherever they go. Humans are also master gardeners and have scoured the earth for novelties to bring home.

Human activity, intentional and unintentional, has greatly disturbed the natural order on the face of the earth, especially in this age of boundless international travel and commerce. Quite apart from our deliberate help and unbeknownst to us, seeds hitch rides on all our means of conveyance to all our destinations.

What are we to make of this constant falsification through time of the history of nature? Each plant has its own story of origin and migration by natural process to tell, so to speak, unless we falsify it by what we do. How then is the phytogeographer to know what is “native” and what is “introduced” (alien, exotic) and often “naturalized” (reproducing in the wild)?  To find a native species in an unusual place is always a thrill, adding a new point to the map of natural migration, but what if it was planted? Just what does it mean to be “native”?

One perspective is that planting is gardening, no matter whether the species is native in some sense or alien. No matter whether the genes come from near or far, the plant is planted and adds to the planted landscape! In this view natives are aliens unless the natives have planted themselves. The species may, indeed, be native to the region, state, or local area, but the individual or population being planted is introduced and is not native in that place.

Are we to stop gardening? Of course not, but we will be more careful in how we speak of “natives” if we pay attention to the dynamics of plant distribution.