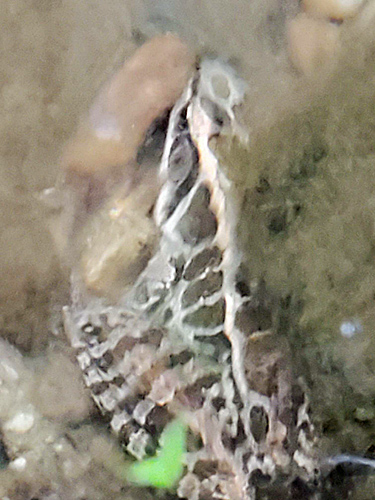 Can you spot the Pickerel Frog?
Photo by Amy Ulland

Off the beaten track, outside of the village of Lincoln, flows a peaceful creek called Crooked Run. Crooked Run is a tributary of the North Fork of the Goose Creek, which in turn is a tributary of the Goose Creek and ultimately the Potomac River. Certified monitor Phil Daley has been conducting stream health surveys at Crooked Run for over a quarter of a century and the stream has historically received scores indicating acceptable ecological conditions.

A recent benthic macroinvertebrate survey of this site yielded a total of 319 macros, with over one third of the sample consisting of mayflies. A decent number of beetles and netspinning caddisflies were also present, along with a handful of other species such as caddisflies, caddisflies and midges. The stream received the highest score possible – a 12 out of 12 – indicating, once again, acceptable ecological conditions.

Stream Team volunteers enjoyed a quick visit from a pair of Eastern Chipmunks, who raced along the opposite streambank to an unknown destination.  Several Pickerel Frogs were also discovered at the site and added to the Loudoun Wildlife Conservancy Reptiles and Amphibians monitoring project on iNaturalist. 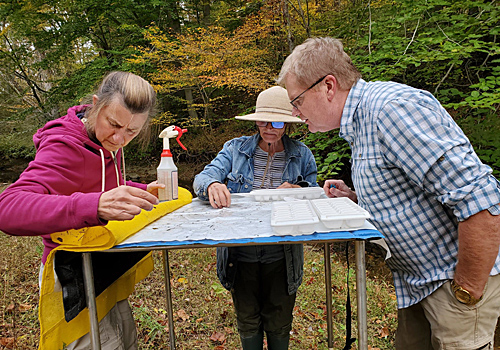