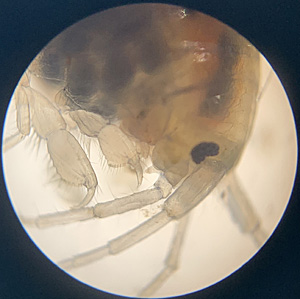 Closeup of gravid scud with eggs in brood pouch.
Photo by Emily Maltman

Out of the 210 macros collected that day, the overwhelming majority were pollution-tolerant midges and less sensitive scuds. Scuds are a type of amphipod also known as “sideswimmers” because of how they move about. Volunteers even collected some gravid scuds – females with developing eggs in their brood pouches.

Despite a few pollution sensitive beetles, mayflies and stoneflies discovered in the net, this segment of the Goose Creek sadly received a very low score of 3, indicating unacceptable ecological conditions. 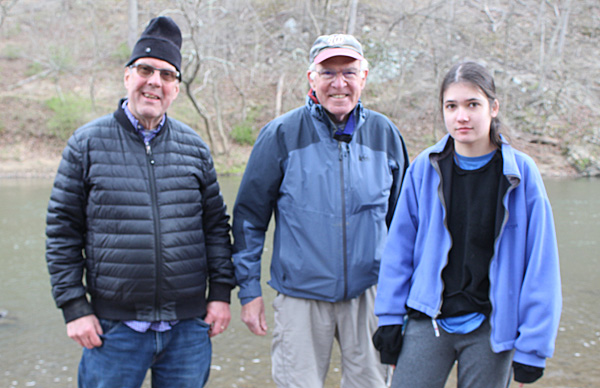