As we approach weeks five and six of the eaglet’s life at Dulles Wetlands, many changes continue, and the eaglet begins to take on a look that is more like a full-grown Bald Eagle.  Feathers are coming in, new skills are being developed and less parent supervision is needed. 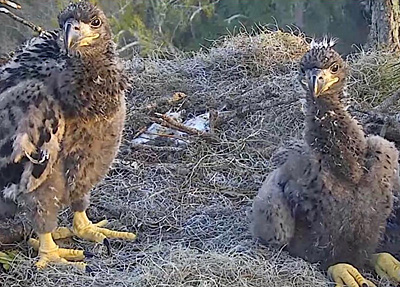