An Abundance of Hermit Thrushes Found at Banshee Reeks 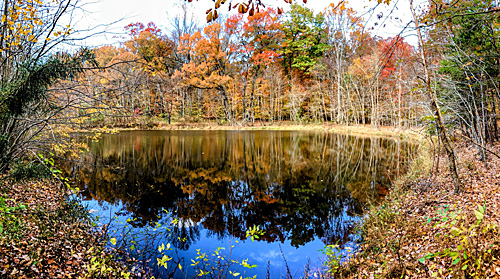 Because 28 people showed up for our regular  bird walk at Banshee Reeks Nature Preserve on November 13, we split into two groups. One group was led by Joe Coleman and Jen Leeper, and the other was led by Mike Sciortino, Bruce Hill and Bryan Henson. While chilly. It was a beautiful fall morning when we met and remained so until the very end of the walk when a cold front blew in with strong winds and showers. The groups found both lingering summer nesters, including a Brown Thrasher and an Eastern Phoebe, and winter visitors such as a Winter Wren, Fox Sparrows, both kinglet species, and more White-throated Sparrows than we could count. The Winter Wren, probably a hatch-year bird, was disjointedly singing on the other side of Goose Creek.  While both groups found Hermit Thrushes, one group found an astounding 11, most of whom were around the pond near the Visitors Center.

In addition to the walk at Banshee Reeks, Loudoun Wildlife Conservancy schedules two other regular monthly bird walks: one at the Blue Ridge Center for Environmental Stewardship on the 4th Saturday of every month (except in December); and  one at Bles Park on the third Sunday of every month except December.

You can also join us for the Central Loudoun Christmas Bird Count on Tuesday, December 28. We will field approximately 20 teams that day and cover an area from Ashburn to Purcellville and Waterford to Aldie. Beginners are teamed with experts. You can bird for just a couple hours or all day if you wish.