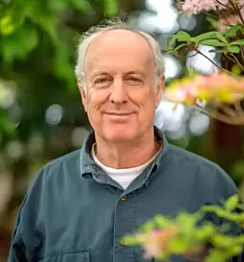 Doug Tallamy’s September 25 presentation “Restoring the Little Things That Run the World” was sponsored by Audubon Society of Northern Virginia, Loudoun Wildlife Conservancy, Prince William Conservation Alliance and Plant NOVA Natives. He covers many of the reasons that have led to global insect decline and then transitions to positive encouragement of what we can all do to help.

One example Doug gives is the greatly reduced bumblebee populations — some species are extinct or near extinction in the United States. He also discusses the invertebrate decline in Europe. Unfortunately, birds are greatly affected by this reduction since many bird species rely upon insects for food, so fewer insects leads to fewer birds. Scientists report there are 3 billion fewer birds than 50 years ago. The birds that depend on seeds for their survival are doing much better than birds that require insects to live. 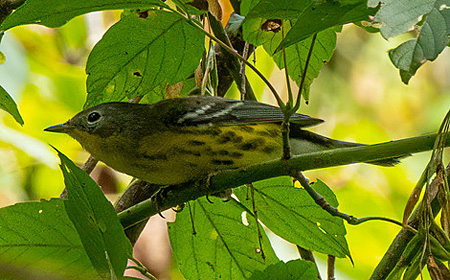 Since humans identify with animals, Doug leads an exercise to pretend that we are a Magnolia Warbler that overwinters in the Talamanca Mountains of Costa Rica. Upon their migration back north, those birds lose 35 percent of their weight over the Gulf of Mexico and depend on food along the way to refuel.  Then at least 35 percent more is lost as they travel over land heading north to eat what has always been a seasonal bonanza of caterpillars and other insect food.

A summary of 10 ways you can help:

Each of us can plant native in our yards and join the Homegrown National Park movement, which  over 20,000 people have already joined.  This nonprofit is also asking for donations to hire staff and support its operations.