The Dulles Greenway Wetlands in Leesburg, Virginia, has been home to two Bald Eagles since 2005. In 1995, TRIP II, the owner and operator of the Dulles Greenway, established the private 149-acre wetlands preserve to mitigate the loss of roughly 64 acres of federally protected wetlands during the construction of the Dulles Greenway toll road. Today, the wetlands property is managed by Loudoun Wildlife Conservancy and used to educate the public about local wildlife. Between the 2021 and 2022 nesting seasons, Dulles Greenway, Loudoun Wildlife Conservancy, the American Eagle Foundation and HDOnTap partnered to install two live-stream cameras to monitor the nest activities of the resident Bald Eagles, who were named Rosa and Martin through a naming contest conducted with Loudoun County Public Schools. 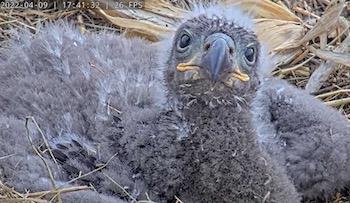 The Dulles Greenway Eagle Cam program is run by a team of volunteer camera operators and chat moderators who monitor the comings and goings of Rosa and Martin, nest maintenance, food deliveries and the life cycle of the eaglet.  This information is documented daily in an Eagle Nest Activity Log and nest fans can follow the activity on multiple social media outlets, including YouTube where the cameras are live streamed, and the moderated chat allows the public to comment and ask questions.  Additionally, the team has published a series of educational articles.

The first season of monitoring the nest via live-stream camera has been an exciting experience for the volunteer team and the public.  Rosa laid two eggs in February 2022.  The first egg, named DG1, hatched on March 13th, while the second egg started the hatching process but failed to fully hatch.  The team has documented the growth and development of DG1 and will continue to do so until DG1 fledges the nest, and eventually leaves the nest area.  Stepping away from behind the camera, the team got a distant, but actual view of the nest when they toured the private wetlands in April 2022.  For the 2023 season starting in the fall of 2022, the team is looking to share this unique opportunity with additional volunteers to help with camera operation and/or live chat.  Interested parties are invited to apply here.

Did You Know?  Wetlands shelter more than one-third of threatened and endangered species in the United States, including once-endangered Bald Eagles. 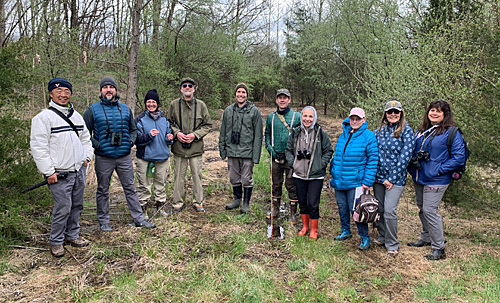