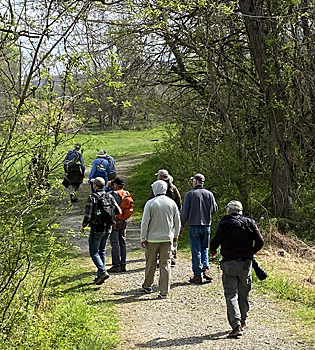 Celebrate Birds kicked off on Saturday April 23 with a bird walk at the Blue Ridge Center for Environmental Stewardship. A well-photographed Rose-breasted Grosbeak next to the parking lot greeted those people who arrived early for the walk. Unfortunately it didn’t hang around long enough for most of the 22 people who showed up for the walk, but there were still a number of other highlights for everyone including migrating Broad-winged Hawks, a perched and flying Barred Owl, an American Redstart, and an American Kestrel. Because there were so many of us, we split into two groups, one led by Michael Sciortino, assisted by Carol Sottili, and the other by Joe Coleman, assisted by Elliot and Nancy Kirschbaum. The American Redstart, one of six different warbler species, found on the lower Farmstead Loop was definitely one of Michael’s group’s highlights as it was clearly seen and photographed. The Broad-winged Hawks and a first-of-season Indigo Bunting were some of the highlights observed by Joe’s group.

Both groups were greeted by many spring-blooming plants. The forest floor was covered in Spring Beauties with many of the forest trees and shrubs were in bloom including Sassafras, Blackhaw (Viburnum Prunifolium), Redbud and Dogwood. 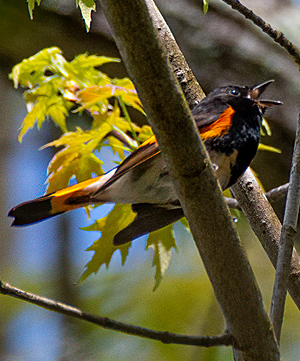 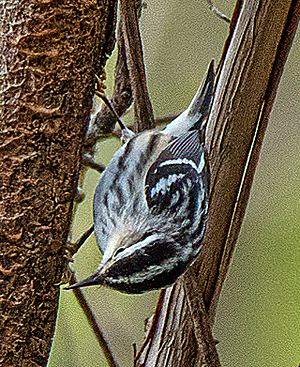