All About Bald Eagle Feathers

An eaglet is born with fluffy white feathers known as natal down.  At eight to 10 days old, the eaglet starts growing thermal down that is gray in color and denser, providing a layer of insulation.  Around the third week, pin feathers start to appear on the wing tips. 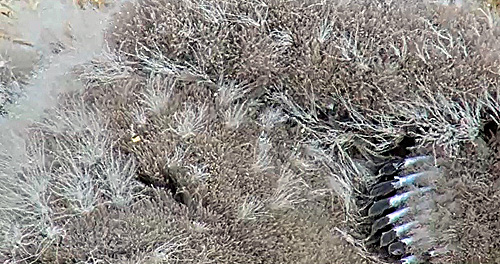 A pin feather, which can also be called a “blood feather,” is the developing part of the feather on a bird.  It has a blood supply going through it and can easily bleed if any damage occurs.  As the feather grows, the blood supply reduces to just the base of the feather shaft.  The shaft is wrapped in a layer of thin tissue that will come off, and the feather can grow and unfurl to become the full size we see.

It takes from week three through the time of fledge for the feathers to grow, and in fact they continue to grow after fledging.  A fledgling (an eaglet that is flying from the nest for the first time) has longer flight feathers than an adult, which helps them in their initial flights.

Feathers are made of keratin, just as the scales of the feet, the bill and the nails are.  They grow out of follicles, just like hair does.  An eagle has over 7,000 individual feathers.  There are contour feathers which are the outer feathers.  Remige feathers make up the wings and include primary, secondary and tertiary flight feathers.  All areas of the Bald Eagle body contain feathers, except the legs and feet (which is a distinct difference between Golden Eagles and Bald Eagles).  This area is featherless due to the need to be in water to secure their primary food source: fish.

Throughout its life, the eagle goes through many molts of the feathers.  For the first five years, the molts are part of developing the white head and tail covering that happens on the way to sexual and adult maturity.  They molt throughout the year, molting their flight feathers just about yearly. Feathers molt in such a manner as to never leave the eagle flightless.

Eagles and their feathers are protected by Federal laws. The Bald and Golden Eagle Protection Act, passed in 1940, prohibits “pursuing, shooting, shooting at, poisoning, wounding, killing, capturing, trapping, collecting, molesting, or disturbing” a Bald or Golden eagle.  Another law is the Migratory Bird Treaty Act. These laws generally prohibit the possession, use, and sale of eagle feathers and parts as well as a few other activities.  Eagle feathers, if found, should be turned over to the The National Eagle Repository managed by US Fish and Wildlife Services.  Through the Repository, American Native Americans can apply for the feathers to use for ceremonial purposes.