Merlin, Vireo and Gnatcatchers Top the List of Birds at Banshee Walk 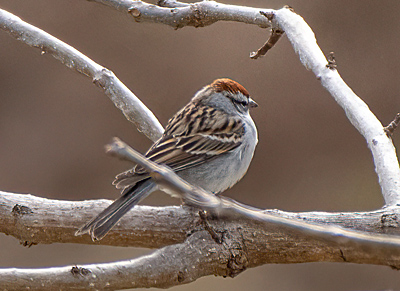 A Merlin, a White-eyed Vireo and several Blue-gray Gnatcatchers were the highlights of the Banshee Reeks bird walks on Saturday, April 9. Because 21 people showed up we split into two groups, one led by Michael Sciortino and the other by Joe Coleman. Over 50 species were found between the two groups.  The group that saw the Merlin got good looks at it, as it sliced back and forth over one of the fields. The very vocal White-eyed Vireo was a first-of-season (FOS) species for most of that same group, and, in fact, a life bird for several of them. And the Blue-gray Gnatcatchers were FOS birds for almost everyone.

It was also a good day for a wide variety of raptors with an Osprey, a Cooper’s Hawk, and several Red-shouldered Hawks, Red-tailed Hawks, and Bald Eagles. Both kinglet species, including a Ruby-crowned performing its beautiful song, were well seen by both groups.

While the Wild Turkeys were only seen well by one of the groups, a flock of Cedar Waxwings entertained everyone both at the beginning and end of the walk as they milled around the trees at the Visitor Center eating berries. 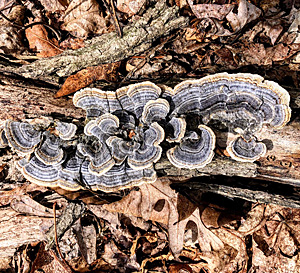 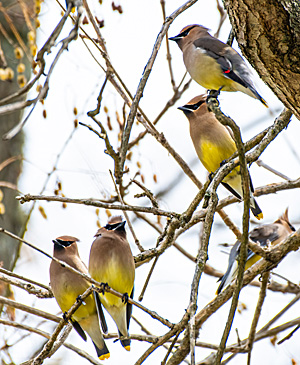