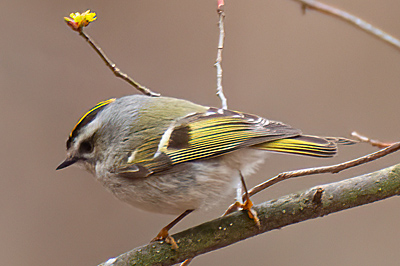 The 14 people who showed up for the Blue Ridge Center bird walk on March 26 were greeted with much cooler weather than we’ve experienced lately. Led by Michael Sciortino and Joe Coleman, the group still found 45 species of birds, which included an exciting mix of first-of-season spring migrants and several soon-to-depart winter residents. A Louisiana Waterthrush, singing in one of its traditional spots along Piney Run, was a nice find as were a number of Golden-crowned Kinglets excitedly flashing their crowns at each other. Both Fox Sparrows and Hermit Thrushes serenaded us with their beautiful songs while Brown Thrashers, who were counter-singing, sang a variety of beautiful songs. Over a dozen Field Sparrows sang at every possible location they could, and Tree Swallows appeared to be already nest building in some of the trail boxes. At one point a couple of  Brown Creepers climbed a large Tulip Popular only a few feet away from the group.

For a complete list of the birds recorded, see the list below or view on eBird at https://ebird.org/checklist/S105636181. 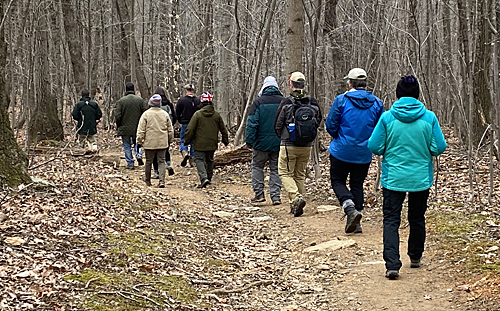