Nineteen birders joined Carol Sotilli and Michael Sciortino for the December monthly bird walk at Banshee Reeks Nature Preserve. It was a windy but balmy December day with rain on the horizon. Thankfully severe weather and incoming rain held off to make it a comfortable and enjoyable day of birding. There was a good mixture of seasoned birders and new birders. 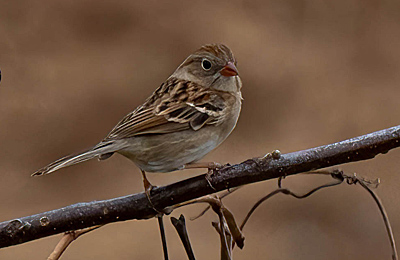 The group recorded 45 species in total on a day where the high winds effected the behavior of the smaller birds and kept them hidden. We recorded five of Banshee’s seven woodpecker species that included five Northern Flickers, numerous Red-bellied, Downy and Pileated Woodpeckers, and a lone Hairy Woodpecker. Surprisingly, we did not record a single observation of any Yellow-bellied Sapsuckers.

The skies were active with large numbers of Fish Crows, Ring-billed Gulls, Black Vultures and Turkey Vultures observed. Many seemed to be streaming toward the landfill. There were also high counts of European Starlings, American Robins and Red-winged Blackbirds. We did get good looks of an immature Bald Eagle and a Red-tailed Hawk along the Goose Creek.

The group also heard a lone Gray Catbird in the brush near the Springhouse Pond, which was not expected and late for Banshee Reeks.

For a complete list of our bird sightings, see below or view on eBird at https://ebird.org/checklist/S98752470.