Cicadas Were (Relatively) Quiet at Banshee, but the Birds Weren’t 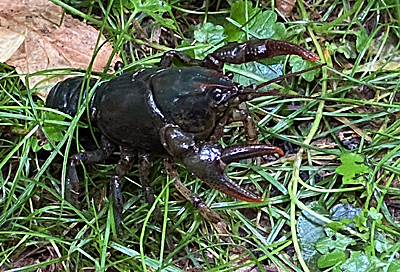 Crawfish on the trail.
Photo by Michael Sciortino

While the cicadas were (relatively) quiet at the Banshee Reeks Nature Preserve, probably because of the two days of cool weather, the birds fortunately weren’t.  Eight participants joined leaders Joe Coleman and Michael Sciortino on the Loudoun Wildlife Conservancy’s monthly bird walk on June 12. There were plentiful Prairie Warblers, Yellow-breasted Chats, Field Sparrows, Indigo Buntings, White-eyed Vireos and Yellow-billed Cuckoo, which were all vocalizing. They were joined by a number of Acadian Flycatchers and Eastern Wood-Pewees as well as a few Great Crested Flycatchers. A pair of Orchard Orioles were very unhappy with a Yellow-billed Cuckoo, which must have gotten too close to their nest. Though some of them, like the Indigo Buntings, were easy to find as they preferred signing from high perches on dead trees,  others were not.  The Prairie Warblers and White-eyed Vireos sang from deep within thick shrubbery and others who were high in the canopy like the two Northern Parulas were almost impossible to see. The complete list of the 41 species observed can be seen below. 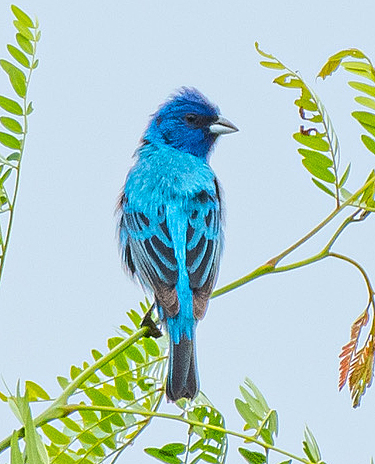