How Native Is That Native Plant?

As interest has grown in using native plants in our yards to replace traditional, sometimes non-native “big box store” offerings, so too has the discussion about exactly how native those plants should be. Just a few years into the burgeoning native plant movement, there are already bewildering choices of cultivars and hybrids alongside “straight species,” so how are we to choose? 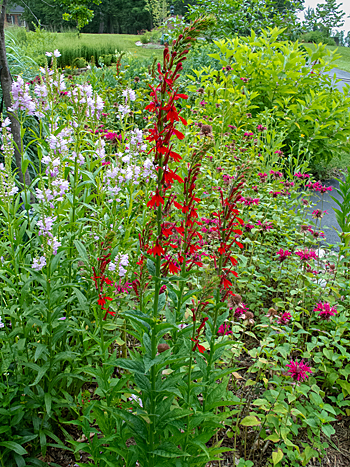 A “straight species” plant is one that has evolved in the wild, is open-pollinated, and grows true to seed. In a native plant nursery, it will most often be offered under a common name and scientific name (in Latin and italics) — for example, Fragrant Sumac, Rhus aromatica, an upright shrub, growing up to 6 feet tall. A derived cultivar, on the other hand, will typically be offered with an extra common name in single quotation marks after the scientific name. For example, the cultivar Fragrant Sumac, Rhus aromatica ‘Gro-Low’ is a version that grows only to 2 feet but spreads out vigorously. The flowers, leaves, and scent of this cultivar are indistinguishable from the straight species. (You may also see the term “nativar,” but this is not a horticultural term and should be avoided.)

Cultivars come about in many types. In a few instances, a natural variation has been found in the wild and has stayed true to type when propagated from seed — for example, Aquilegia canadensis ‘Corbett,’ which has yellow flowers rather than red and yellow. But most cultivars result from the hand of man. Humans have been selectively breeding plants to bring out desirable traits for millennia. Today’s cash-crop maize bears little resemblance to its genetic ancestor, the lowland wild grass Teosinte. Hybrids are produced when two different species are cross-pollinated.

The motivations for creating native cultivars for garden use are many and varied. The practicalities and economics of large-scale propagation demand reproducible plant characteristics that may be better fulfilled by cultivars. In some cases, cultivars are developed and selected to address specific features, such as reduced height, compact plant form, or extended flowering period. Other cultivars offer aesthetic options such as mildew resistance, while a quest for simple novelty can result in altered flower color or structure, like double blooms or foliage color changes.

Exciting though some of these cultivars may seem, there are downsides. Genetic diversity enables plants to adapt over time to changing environmental conditions, so reduced genetic diversity for mass production may well result in less resilient plant communities. Equally concerning is the possibility that cultivars of native plants may offer poorer support to our pollinators!

Our local insects and plants have co-evolved over time and interact in many complex ways. Plants need insects for pollination and attract insects through flower color, structure, scent, and bloom time. When we alter these, insects may fail to visit the flowers or may not be able to access their resources. Insects use both nectar and pollen for themselves and for their offspring. If the amount and quality of the nectar and pollen are changed, fewer insects might be supported.

Caterpillars need leaves to forage and have adapted to overcome the chemical defenses of their host plants. If we alter the leaf chemistry, for example, by changing the leaf color, we may prevent those caterpillars from feeding and so have fewer butterflies.

The more the cultivar differs from the straight species, the more likely it is to offer limited ecological benefit. Finally, there is an overriding concern that cultivar genetic material can escape into the wild, via pollen or seed, and contaminate remnant populations of wild native plants, potentially altering the ability of these plants to survive and support food webs. 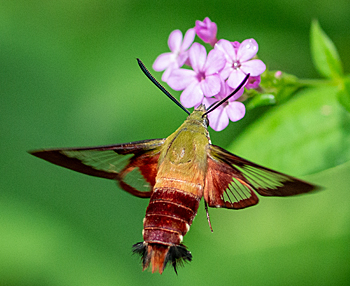 Not all cultivars are “bad.” Phlox paniculata ‘Jeana’ has been shown in trials to be more attractive to pollinators than the straight species and to have very good nectar volume and sucrose content, but this is an exception. Efforts are underway to create a hybrid American Chestnut tree that would resist Chestnut Blight and restore this important tree to our forests. But the rate of commercial creation of cultivars is far greater than the rate at which we can evaluate the ecological value of each one.

So, as each of us tries to add back some native plants to support our native pollinators and birds, what should we select? Straight species are the first and best choice to provide maximum ecological value and minimize risks associated with unintended consequences of what we don’t know. This is especially true if you are working on a larger scale, trying to establish diverse, self-sustaining ecosystems, or if you are close enough to remnant populations of wild native plants to risk genetic contamination by escaped cultivars.

But if you face practical problems like small yard size, HOA constraints, or the conflicting aesthetic opinions of other family members, don’t be put off from planting cultivars. Carefully chosen cultivars can provide excellent ecosystem benefits and are a much better choice than turf grass, invasives, or non-native landscape plants. Stick to cultivars that are as close as possible to the straight species in flowering time, flower color and shape, and leaf color. According to Plant NOVA Natives, “Cultivars that differ from the straight species primarily because of their size will probably support wildlife just as well.” Buy from a specialist native plant nursery or plant sale and ask their knowledgeable staff for assistance. Strive to purchase some straight species to plant along with your cultivars so that your yard can play a greater role in supporting our local ecosystem.

For a longer discussion on this important topic, see “Native Species or Cultivars of Native Plants — Does it Matter?”, by Susan Martin, July 2020.