The Birds Come Out in the Rain at JK Black Oak 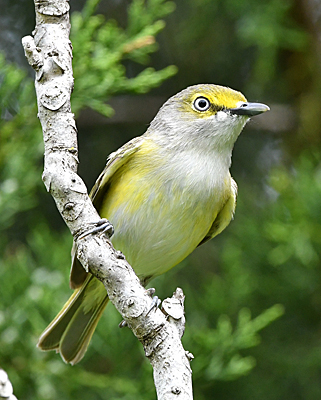 Loudoun Wildlife Conservancy’s first public bird walk at JK Black Oak Wildlife Sanctuary was a wet, but bird-rich affair. Two eager participants joined leader Gerco Hoogeweg for the walk. The first part of the walk was wet, but the rain did not deter the birds, and they were singing loudly. At the parking lot we saw and heard Wood Thrush, Indigo Bunting, Eastern Towhee, and the first of many Common Yellowthroats and Gray Catbirds.  Down the trail along the forest edge we saw an American Redstart and a female Orchard Oriole, heard a White-eyed Vireo, and saw a few more Gray Catbirds.

In the open area near one of the vernal pools, we heard out first Yellow-breasted Chat. Later we heard at least two more calling and got some decent looks at them. In the old Oak-Hickory forest, we heard a Red-headed Woodpecker calling. We also found a pair of Wood Ducks in one of the vernal pools, and to our delight they did not fly away. Warblers were quiet but a Northern Parula kept us guessing for a while as to which species he was. In terms of raptors, we saw two Broad-winged Hawks and a fly-over Osprey. We ended up recording 28+ Gray Catbirds during the walk, and we may have missed a few. The complete eBird checklist with all 54 species can be viewed online at: https://ebird.org/va/checklist/S87167444 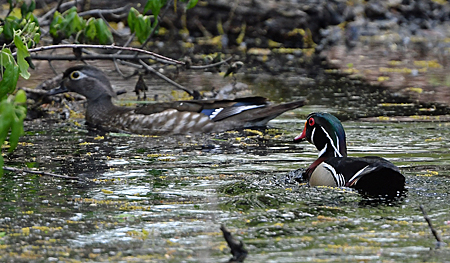