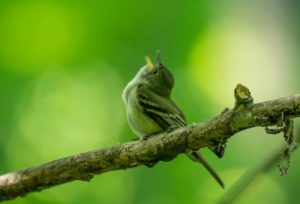 Fourteen people showed up Saturday, May 26, for the regular (every 4th Saturday) bird walk at the Blue Ridge Center for Environmental Stewardship in northwestern Loudoun County near Harpers Ferry.  A total of 54 species were observed though some, such as a Black-billed Cuckoo, which was heard by one birder along the driveway a little before the walk started, weren’t observed by everyone.  The highlights of the walk included 9 species of warbler, the no-longer a warbler – Yellow-breasted Chat, one of which posed on top of a tree so all of us could share in his song and appearance; large numbers of flycatchers; 12 noisy and rather active Blue-gray Gnatcatchers; 5 Scarlet Tanagers, a couple of which gave us good looks; lots of Indigo Buntings (at least 9, of which several posed for us); and 5 singing Field Sparrows. Seven of the nine warblers, including Worm-eating, Louisianan Waterthrush, Blue-winged, Kentucky, Cerulean, and Northern Parula, are Blue Ridge Center nesters.

One thing was clear, as a result of all the recent rain and standing water, this is going to be a great year for flycatchers. While we always get a lot of flycatchers and other insect eaters at the center this time of year, there seemed to be more than normal. Interestingly enough, we didn’t find a single hawk. 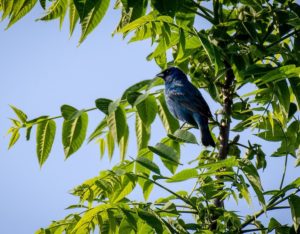 Temps starting in the 70s and rising to 80s during the walk. 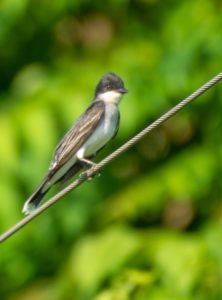 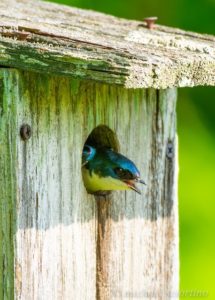 View this checklist online at https://ebird.org/view/checklist/S46045096