Birds, Butterflies and Wildflowers at the Blue Ridge Center

Twenty-five people gathered Sunday morning, September 3, for the “Birds, Butterflies and Wildflowers” walk at the Blue Ridge Center for Environmental Stewardship. While the sun didn’t come out until a little after 11 and fog covered the mountains until almost then, we enjoyed a wide variety of plants and animals and, signs of animals such as coyote scat. Many of the late summer wildflowers were in bloom adding a fair amount of color along with a few Ruby-throated Hummingbirds. 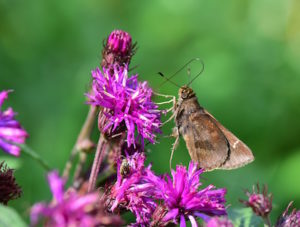 While Laura McGranaghan and I were the nominal leaders, we were fortunate to have a lot of assistance: Liam McGranaghan, an environmental sciences teacher at Loudoun Valley High School, who shared his extensive knowledge of natural history with us; Matt Orsie whose help was invaluable in spotting and identifying birds and butterflies, and especially those difficult skippers; Nicole Sudduth, Loudoun Wildlife’s Executive Director and the author of Butterflies of Loudoun County; Donna Quinn, past editor of the Habitat Herald; Barry Marts; and Elizabeth McMurchie, a graduate student at GMU who is busy documenting the Blue Ridge Center’s flora for her thesis and helped us identify several of the wildflowers.

Because of the weather we didn’t see a lot of butterflies until we were almost finished, when several Spicebush Swallowtails, a few Monarchs, all three local fritillaries, and several skippers including a Fiery Skipper, an uncommon skipper in our area, appeared. Many of these were seen along with two interacting adult Bald Eagles as we were returning to our cars. In addition to the eagles we had a few other raptors, a few flycatchers, and a couple of warblers, including a Yellow and a Blue-winged Warbler

After the walk was over several of us checked out the thriving Monarch Waystation between the Education Center and Mountain View Farm and found a Clouded Skipper, a skipper rare in our area and a migrant from states south of Virginia. 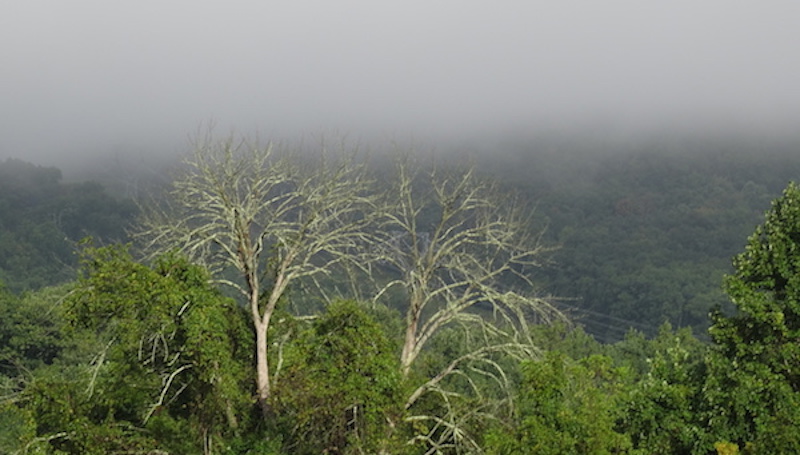