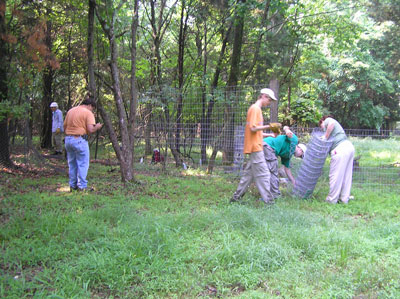 This wetland serves as a highly productive amphibian nursery where at least seven species of amphibians have been documented, including the Loudoun County rare Jefferson Salamander. 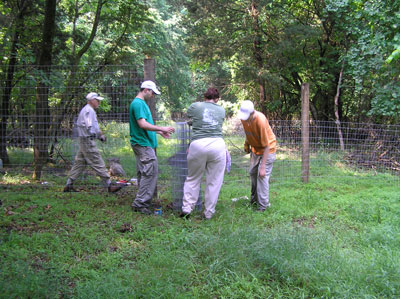 In addition to installing and repairing a lot of fence line, we also removed trash and identified other tasks that would enhance the forest habitat that surrounds the wetlands and is critical to the survival of the amphibians. 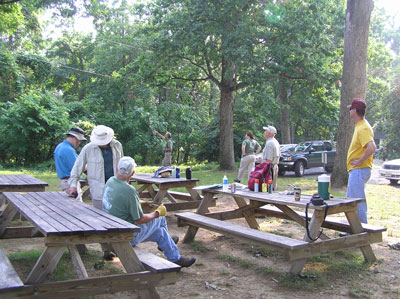 Another volunteer who couldn’t attend on June 2 helped, along with Elizabeth Evans, to provide the sandwiches, snacks and beverages that we needed to keep us going on a very warm and humid morning.

After several hours of hard work and while we ate lunch, Cliff Fairweather described why the upland perched wetland is so unusual and why it is so important to the several amphibians who depend on it and the several acres of forest that surround it . The volunteers were fascinated by the natural history and left appreciating the importance of their work.