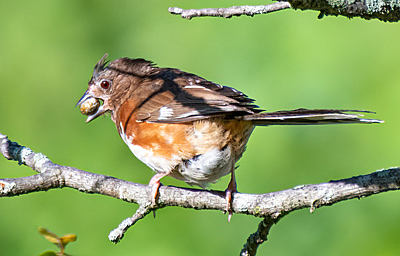 Mary Ann Good and Michael Sciortino led the Banshee Reeks bird walk on Saturday, August 13. It was a spectacular day and was hard to believe it was August — the temperature was mild, and the humidity was low.  It felt like it was September, and we could feel the excitement of fall migration, even if it was a bit early.

Fifteen birders joined Mary Ann and Michael, and the group recorded 44 species while covering 2.3 miles over the span of three hours. On this day we would head north back along the main entrance road, then cut west along the tree line towards the Goose Creek and meander back to the Visitor Center.

Eastern Wood-Pewees were out in abundance on Saturday with the group hearing the small flycatchers throughout the walk. As we passed the field, we recorded numerous Northern Mockingbirds and a lone Prairie Warbler. We began to hear the call and response of Red-eyed Vireos from the woods as we made our way. The highlight of the walk was hearing a Yellow-throated Vireo calling in in the canopy as it moved about and made its short, repeated calls.

The Raspberry Trail was active with Downy Woodpeckers and Blue-gray Gnatcatchers. We had our first look at a male Indigo Bunting perched on a snag in the distance across the field. A Red-bellied Woodpecker joined the bunting and gave us good looks as it lurched up the trunk. As we looked off into the distance, a Pileated Woodpecker flew overhead, and we had quicks looks at this large, unmistakable bird. 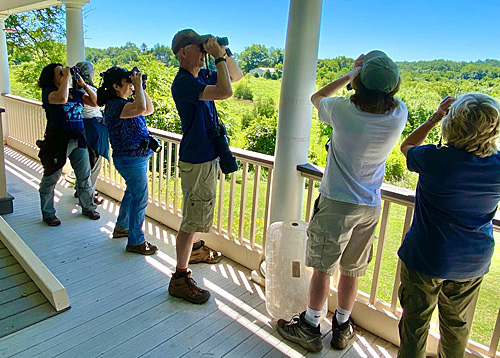 On the porch of the Visitor Center.
Photo by Michael Sciortino

As we made our way along the Carter-Luck trail towards the Goose Creek, it was quiet. We did hear our one and only Acadian Flycatcher and recorded an estimated thirty Rock Pigeons on the Courtland Farm property across the creek. We returned to the Visitor Center via the Goose Creek trail and stopped along the way to watch Red-tailed Hawks circling in the distance. As the raptors turned in the sunlight, their tails glowed reddish-orange, and there was no question of their species identity from that vantage point. Black Vultures and Turkey Vultures joined the hawks in the warming skies as they floated above the ridge.

Ruby-throated Hummingbirds welcomed us to the Visitor Center porch for our final tally, and they went about their squabbling and dogfighting for the two feeders hung on the eaves of the porch. The hummingbirds were active throughout the day, and we recorded 14 in total in the field and on the porch.

With our session winding down, we capped it off with sights of two Bald Eagles gliding back and forth past each other in the distant sky. That brought our eagle count to four. The excitement of fall migration was certainly in the air on this glorious, uncharacteristically cool August day at Banshee Reeks.

For a complete list of our bird sightings see below or view on eBird at https://ebird.org/checklist/S116845499 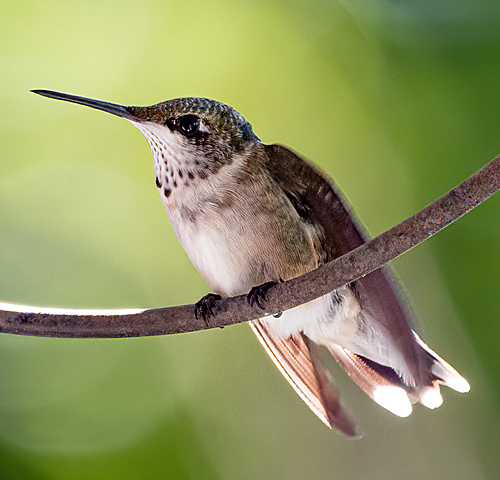