Blooms and Birds on the Ball’s Bluff Walk 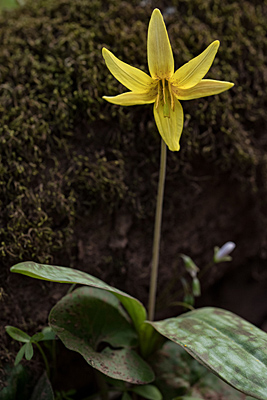 “It’s spring, we will be fine,” John said when co-lead Donna Quin worried the trail would be too muddy, or it might rain, or it was too chilly for the flowers to be open on April 9. And John was right. Ephemeral means brief, and to see the ephemeral wildflowers you need to be there, regardless of the conditions. The rain paused and the sun appeared, and soon a carpet of spring beauties was revealed. A group of 15 led by naturalist and educator John DeMary answered the invitation and entered the beautiful brief, but timeless, ephemeral season. 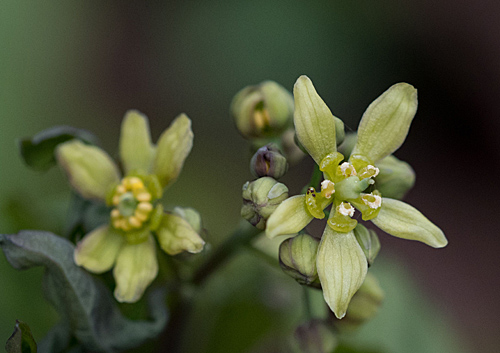 BJ Lecrone inspired us to pull garlic mustard along the way, and Jennie Vick reminded us of the word we couldn’t remember, myrmecochory, which is the term used for seed dispersal by ants. John kept the trail lively with stories about what the forests were like before we cut them, why so many of these plants are named ‘virginias’ or ‘canadas’, how bees are directed to pollinate flowers by ultraviolet nectar guide lines, and his extensive knowledge about the fascinating ephemerals. As if on cue, newly-arrived Louisiana Waterthrush and resident Barred Owl called during our walk reminding us to occasionally look up.