Winter Storm Limits the Birders but Not the Birds at Banshee

It was an interesting March walk at Banshee Reeks on the 12th. Michael Sciortino and Mike Scott braved the ever-changing winter weather in the morning to record 24 species under harsh conditions at Banshee Reeks Nature Preserve. They were joined by Mike Scott’s brother Luke who traveled in from Falls Church and toughed it out for the two-hour walk. Early on Saturday the roads were quite slippery and most of those who registered for the walk wisely decided to stay off the roads. The snow continued throughout the trip, and we did unofficially measure about four inches on the trails. The conditions were not good for using binoculars, cameras or cell phones, but we were able to keep our devices dry and in decent working order as we made our way. There was no need for expensive camera gear. 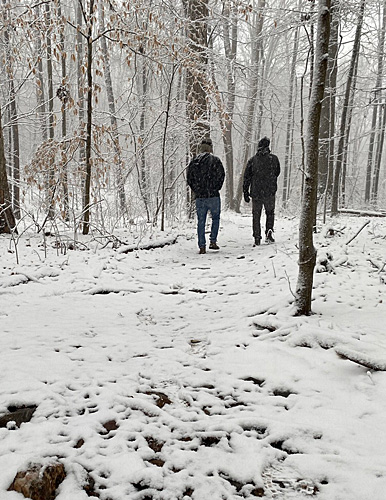 Understandably, the Banshee Reeks park manager was delayed because of the weather, and the gate was locked when we arrived. We decided to leave our cars outside the park and hike in and see how far we could go. We took the opportunity to visit some trails that we that don’t usually get to on the normal bird walks, mainly the White Oak trail towards the corner pond area.

We were surprised to see a considerable amount of bird activity given the temperature, the wind and the precipitation. We did record 24 species in total on a day where we expected to see few birds. We recorded six of Banshee’s seven woodpecker species that included six Northern Flickers, numerous Red-bellied Woodpeckers and three Yellow-bellied Sapsuckers. We heard Downy, Pileated and Hairy Woodpeckers in the woods to round out the woodpecker observations.

Our view of the sky was obstructed because of the falling snow, so we did not get any good looks at vultures or any raptors, though we did see some Ring-billed Gulls flying low toward the landfill. The woods were active with Hermit Thrushes and Eastern Bluebirds. On the way out, we found two female Hooded Mergansers in the pond at the corner of the Woods Road and Evergreen Mills Road.

For a complete list of our bird sightings please see below, or view on eBird. 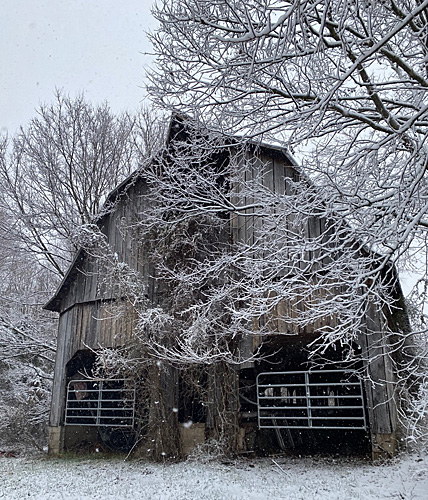