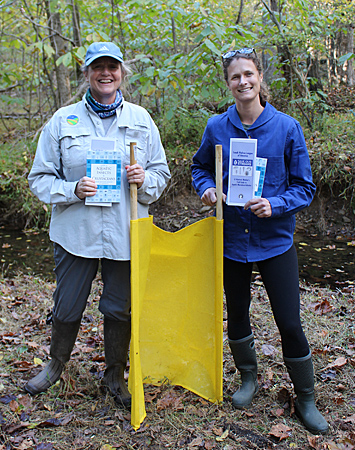 Virginia Save Our Streams (VA SOS) Certified Trainer Amy Ulland certified Kris and Aleta as monitors, after they correctly answered a series of questions about the requirements of the protocol and demonstrated their abilities to properly conduct a survey according to the VA SOS protocol. Kris and Aleta had already passed the necessary requirements of watching training videos and passing a macro identification exam with VA SOS. Amy also provided field training to Audrey, who is in the process of becoming a certified monitor. 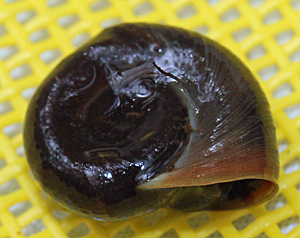 The team just reached the required 200 macros, after conducting the maximum of four nettings allowed. Although many different macros comprised the sample, half of the species were pollution tolerant including an abundance of netspinning caddisflies. The stream received a score of 7 out of 12, indicating unacceptable ecological conditions.

One of these pollution-tolerant macros the team collected was a Helisoma snail – a type of lunged snail. Lunged snails have a lung-like organ that they use to breathe air, instead of gills that collect dissolved oxygen from the water.