Teamwork is Key to Plant Rescue at JK Black Oak

When it comes to making things happen with Loudoun Wildlife Conservancy (LWC), it’s all about teamwork.  A case in point is the months-long project we wrapped up this month by relocating approximately 150 plants at JK Black Oak Wildlife Sanctuary. 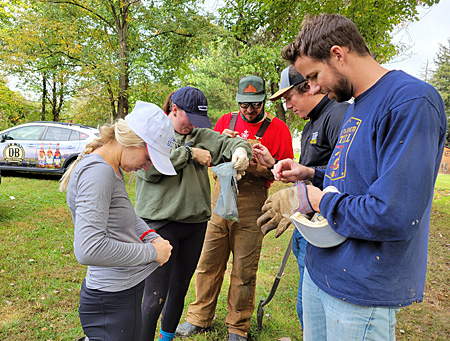 Volunteers from Devils Backbone remove seeds from their clothing.
Photo by Kim Strader

Earlier this year we learned that The Nature Conservancy would begin the wetland mitigation project in the eastern half of the property in the fall of 2022.  LWC volunteer Sheila Ferguson has been inventorying plants on the property since 2019 and realized that several of the native plant species within the construction area did not seem to be located elsewhere on the property even though similar growing conditions existed on the western side.

Starting in July,  Sheila led a small team of LWC volunteers who are knowledgeable about native plants in surveying the meadows on the western side of JK Black Oak to determine whether or not those species could be found.   Species that were absent or were found in low numbers would need to be transplanted from the future construction area.

Next, the team made weekly trips to JK Black Oak to find and mark the plants slated for moving in October.  By mid-September the team had marked over 120 individual plants and 18 clusters of plants (see list below).  We were ready for the next phase of the project.

The next set of teams came together to dig, bag, load, move, unload, replant and water the plants in their new location.  The first team to do this was a group of 14 LWC volunteers followed a couple days later by a team of five Devil’s Backbone Brewing Company employees accompanied by four LWC volunteers.

We extend many thanks to all the teams of volunteers that came together to help relocate these plants.

Now we are relying on Mother Nature to provide adequate rain to ensure the JK Black Oak Wildlife Sanctuary Plant Rescue is a success and hope the conditions are suitable in the new place for the plants to thrive. 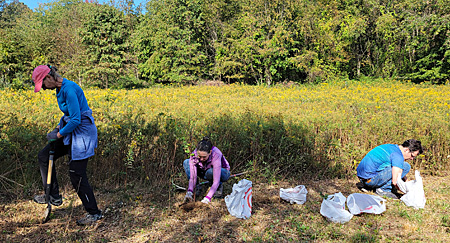