A group of enthusiastic folks joined leaders Bryan Henson, Allison Gallo and Michel Myers for a dragonfly and damselfly walk at Bles Park on July 11.  The morning started overcast, but was warming up as we wrapped up the walk.  We found several common species of dragonflies including Eastern Pondhawks, Common Whitetail and Blue Dashers.  We also found many damselflies, including the common Fragile Forktails, Blue-fronted Dancers and Powdered Dancers.  Alas, a member of the clubtail family of dragonflies slipped away without being fully identified, but it provided a good opportunity to talk about how the diversity of aquatic habitats found at Bles Park provides for a wealth of dragonfly species.  Clubtails nymphs mature in the river habitat and so aren’t typically found far from the shore of the Potomac River.

Bles is the only park in Loudoun County that provides four unique aquatic habitats.  It abuts the Potomac River and Broad Run.  It also contains a marsh and a small pond.  This mix of habitat naturally leads to biodiversity, not just in dragonflies, but in all kinds of wildlife that either call Bles Park home or transit through it.  The 190 species of birds that have been reported at Bles Park are testimony to this biodiversity.

In addition to seeing these dragonflies and damselflies up close, we talked about the interesting life cycle of Odonata and their voracious appetites in both the adult and nymph stages of their lifecycle.  For more Odonata information, view the Dragonflies and Damselflies of Loudoun County video. 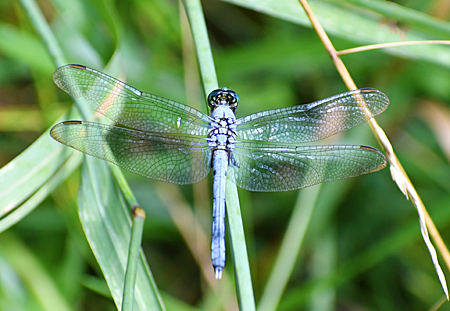 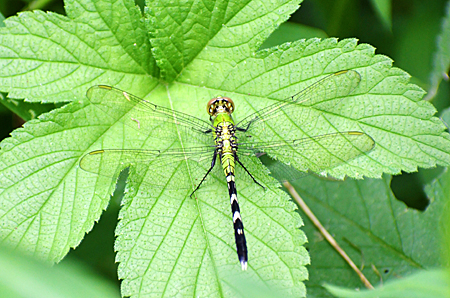