May 21, 2020 Posted by Sheila Ferguson Surveys and Counts, Wildlife News 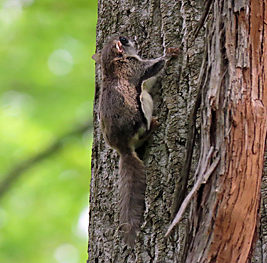 How big was Wildlife Conservancy’s World Migratory Bird Day/Global Big Day weekend on May 9 and 10? It was  141 species seen by 45 participants in their yards and nearby parks and preserves.  As is often the case, the most exciting find was a not a bird–a Flying Squirrel was seen and photographed by Jane Yocom and Mary Ann Good.

Loudoun’s birder extraordinaire, Bruce Hill, found the most species (117) while birding on both the 9th and 10th.

Avian highlights included: a Glossy Ibis along the Goose Creek; two Trumpeter Swans in Aldie (probably part of the non-migratory population which has been slowly branching out from Fauquier County); a Common Merganser with nine ducklings on the Potomac River; a Common Nighthawk; a Virginia Rail; two American Woodcocks; Bonaparte’s Gulls; and a first-year male Summer Tanager.

Red-headed Woodpeckers and Rose-breasted Grosbeaks were both seen in surprisingly large numbers at several feeders.

Unfortunately, the Cattle Egret, which was seen a couple days before the count in the Waterford area was not found on either the 9th or 10th. (The Waterford sighting was only the second record for this species in the County.)  Another missed bird, the Mississippi Kite, which has only recently begun appearing and even nesting in Loudoun County, was seen on both Friday and Monday but not on either the 9th or 10th.

If you made a pledge for World Migratory Bird Day/Global Big Day, or would just like to make a donation to celebrate the occasion, please use the form below. 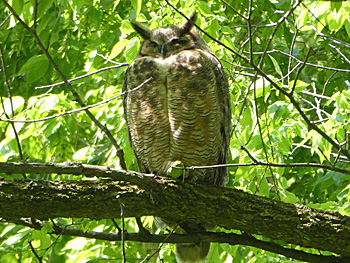 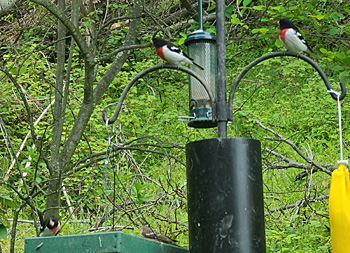 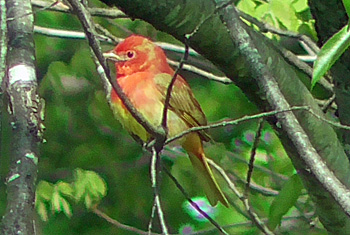