Randy is a local high school student who enjoys researching nature and sharing his thoughts and observations. 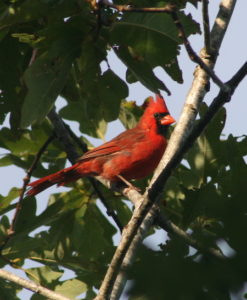 Birds are one of the most dominant classes of organisms on this planet. They can be found on all continents and in all environments. Why are birds so successful, why are they so popular, and how did they become a mainstay of our planet? Well, let’s go over some of the facts to find out.

Birds evolved from a certain class of theropod dinosaurs, the raptors. This class consisted of certain famous dinosaurs such as velociraptor, troodon and utahraptor. What all the raptors had in common was that they were very intelligent, and were far more heavily feathered than any other class of dinosaur. These dinosaurs used their intelligence and their feathers to develop newer and better hunting strategies, such as gliding. As these raptors used their feathers more and more, they evolved to become even better suited to using feathers as a way of life. Eventually their feathers became very strong, perfect for slicing through the air like a wing, and they also grew lighter, as their tails were lost and their bones became hollow. All those adaptations, experimentations and evolution eventually culminated in birds.

Birds are incredibly diverse, as there are roughly around 10,000 species of birds worldwide. Each of these species is suited to a specific role in its ecosystem. Hummingbirds are incredibly small, and their size lets them fill the role as pollinators for flowers. Hawks and falcons are built for high-speed chases or ambushes of other birds. Robins and sparrows are built to eat seeds, bugs and other small things, and they play an important role as a food source for predators. Small ground birds such as pheasants, chickens, kiwis and the like are all very important food sources for large animals. Ostriches and emus have roles as large ground herbivores, and they also keep plant populations in check. The species I just listed aren’t even a quarter of the bird species in the world, and look at all the niches they have covered!

Birds are also one of the most beneficial creatures to humans, in many different ways. Bird feathers and bird flight were two main areas of study for the Wright brothers in their quest to make manned flight a reality. Birds provide meat as well as eggs, one of the most important and useful food sources on the planet. And birds are great to watch and learn from, as well as sometimes offering an almost therapeutic treatment with their song. Birds are already so ingrained in our planet’s culture and ecosystems that one would have to seriously wonder what it would be like without them.