On Jan. 18, 2018, Loudoun County Board of Supervisors (BOS) approved the True North Data Center 5-4, with Supervisors Matthew LeTourneau, Ron Meyer, Koran Saines, Kristen Umstattd and Suzanne Volpe approving. Approval was given despite County staff recommendations for denial of a rezoning request for this parcel of land based on its location in the Transition Policy Area, which is not zoned for industrial use, and the environmental sensitivity of the land, which is about 1.5 miles upstream from our public drinking water intake; and features a globally rare community of mafic barrens, pristine forest, and wood turtle habitat. Public protest in the form of 680 emails and 70+ post cards were sent to the Board.

THANK YOU to our members and friends who sent emails, postcards and made calls to the Board. Your efforts did not go unnoticed, with Chair Randall mentioning them several times during the BOS business meeting on January 18.

To learn more about the True North issue, read our pre-vote talking points. 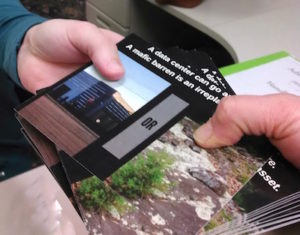