Thanks to all for our 20th Anniversary Annual Meeting success 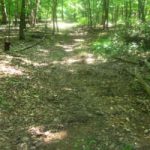 More than 150 members, family, and friends joined in the celebration of Loudoun Wildlife’s 20th year at the Annual Meeting Sunday, May 31, at Morven Park. Predicted showers held off a day, allowing hikers to explore Morven on a nature walk and gardeners to acquire a few more native perennials for their pollinator-friendly plantings, as musicians filled the sultry air with good tunes.

The crowd moved into the coolness of the Carriage Museum for refreshments and the meeting, at which the membership voted to approve the slate of Loudoun Wildlife board members serving another 2-year term (Joe Coleman, Jim McWalters, Sarah Steadman) and new board members (Bill Brown, Hatsy Cutshall, Jill Miller, and Phil Paschall). Outgoing President Joe Coleman thanked outgoing board members Janet Locklear (who also received the Volunteer of the Year Award), Phil Daley (who has been on the board for 19 years), and retiring Secretary Rhonda Chocha for their service.

Coleman shared highlights of the organization’s 20-year history and accomplishments, emphasizing that while the organization’s founders and board members have worked hard to protect wildlife and habitat in Loudoun, “it is you—our members—who have made us the success we are today.” He also thanked Dulles Greenway sponsors for 10 years of support, through grants from the annual Drive for Charity, and Morven Park for serving as Loudoun Wildlife’s home, and for its many partnership efforts.

Blue Ridge Center wildlife rehabilitator Jennifer Burghoffer presented the afternoon’s program, sharing her knowledge about the lives of several of the Center’s residents: A barred owl, an opossum, a big brown bat, a wood turtle, and a black rat snake.