The Bald Eaglet at the Dulles Greenway Wetlands has reached the halfway point of its journey to leaving the nest and being independent. Rapid growth has occurred, and many skills have been learned with still more to accomplish. 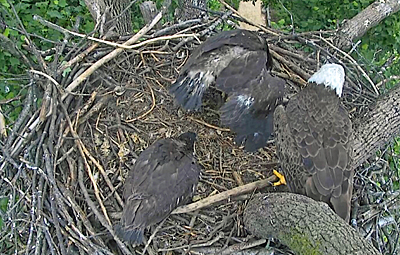