The Christmas Bird Count (CBC) is both the oldest and the largest citizen science project in the world. For over 120 years people have counted all the wild birds they can find around Christmas. Today there are not only more than 2,000 counts in the U.S., there are also several throughout the world. The data collected in these counts has been invaluable in studying bird dynamics and trends. 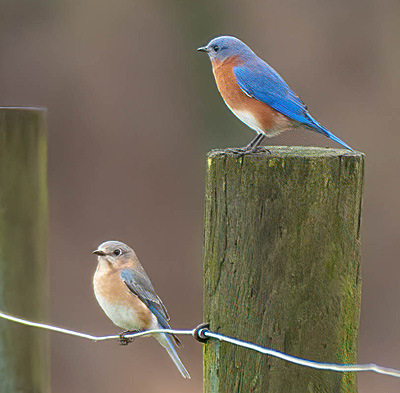 This was the 25th year that the Central Loudoun CBC has been held and for the 124 participants in the Dec. 28 count, one of the most exciting. Only once, in 2012, have we exceeded the 99 species found this year, and the 46,728 individuals we found was only 54 individuals less than the record.

The 2020 count was notable not only for our first-ever Western Kingbird and our second Golden Eagle, but we had nationwide high counts for two species. Both the 167 Yellow-bellied Sapsuckers and the 760 Eastern Bluebirds found on the Central Loudoun CBC were the highest found nationwide last year. And this year we found even more of both of them: 197 Yellow-bellied Sapsuckers and 800 Eastern Bluebirds. While Loudoun Wildlife Conservancy can’t take credit for the sapsuckers, I’m sure its highly successful bluebird trail program is responsible for the latter high count.

One of our counters, Bob Abrams, spends hours at the County Landfill, and this year made our rarest find, an Iceland Gull. He also found more Herring Gulls (645), Lesser Black-backed Gulls (4), and Great Black-backed Gulls (9) than on any previous year. However, Bob’s most exciting personal sighting was a Great Horned Owl that swooped in about 11 am, grabbed something, and then flew all the way across the landfill with it.

Not only was the Yellow-bellied Sapsucker count impressive, six of the seven woodpeckers species found in Loudoun County set record highs, and the seventh, Red-headed Woodpecker, had its second-best year. 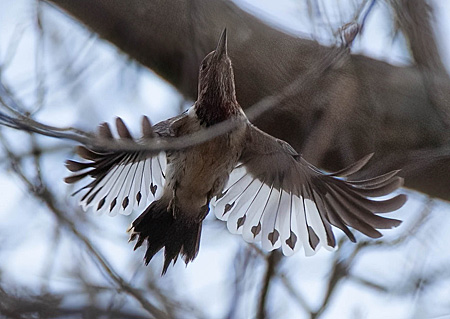 The 67 Bald Eagles observed in our county make it hard to believe that this species almost disappeared from the lower 48. Their comeback shows that people really can make a difference when they want to!

Loudoun Wildlife Conservancy thanks the many participants as well as the numerous landowners who gave us permission to visit their properties. Without both, this count would not be the success it has been for 25 years and we wouldn’t have this snap shot of the status of birds in Loudoun in early winter.

To see our totals and how they compare to previous years, check out the Christmas Bird Count Data.

Hope to see you next year – it’s not too early to put Wednesday, December 28, 2022 in your calendar!