Are Insects Near the Breaking Point? 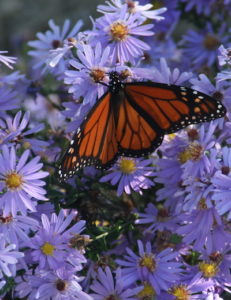 I was talking on the phone with my dad the other day when he said something that was quite striking. He relayed some observations without a prompt or question from me.

My dad, like so many of us, sleeps with his bedroom windows open. He mentioned that he has been sleeping through the early-morning hours for the past few years, and it has taken him a while to figure out why. He used to be woken up and actually a bit annoyed by the chirping of the birds in the early morning as the sun was rising. He is no longer awakened by the chirping of the early morning birds.

Many of us have heard about or read an article on the decline in insect mass and biodiversity. What will be the breaking point that will cause ecosystems to collapse?

When most people think of animals that are in trouble due to human activity, they think of mammals, birds, fish, reptiles or amphibians. Most would not think of insects as being in trouble or even care unless it is the honeybee, Monarch butterfly, or a few other “cute” or “lovable” insects. We tend to take insects for granted, or sometimes get annoyed by them.

The fact is, insects make life on this earth possible. They are the keystone that holds the arch of life together. Insects are the dominant animal on this earth, with approximately one million identified species. There may be an equal number or more species yet to be described (estimates run from 1.5 to 30 million total species), without enough entomologists to tackle the challenge of naming and describing them all.

Insects are incredibly important to us. They pollinate our food crops, break down materials, clean up our environment, provide food for birds, reptiles, amphibians, fish, and mammals, keep weeds and destructive insect populations in check, and so much more. 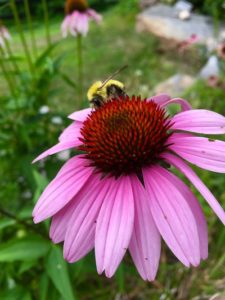 I live in Northern Virginia on about four acres of mostly wooded land and have a garden and some other natural areas that have not changed much in the 19 years since I have lived here.

I have noticed in the last few years a dramatic decline in bumblebees, solitary bees, beetles and flies. I have had a healthy Butterfly Weed plant at the edge of my garden for 19 years, and I do not use any chemicals in my garden. Up until two years ago, I had so many insects on the Butterfly Weed they were all fighting for their positions. Today, I’ll be lucky to see one bumblebee and a few solitary bees.

Are you experiencing the same problems? I worry that my garden won’t be pollinated, but somehow, I am still getting a crop. I don’t know what the breaking point will be, but I think about it every day.

What are we to do? Some studies have been done and articles have been written, but there is not a known answer to why the insect population is in decline. Certainly there is a lack of baseline data on insect populations, and it may be a combination of factors that is affecting the decline, such as the use of neonicotinoid pesticides, warming temperatures, habitat loss, etc. 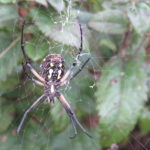 I find it a bit disconcerting that my yard has not really changed in 19 years, but I have seen a dramatic decline in certain insects. Some species seem to be just fine (carpenter bees, paper wasps, black flies), while others have all but disappeared.

We can’t get the problem remedied until we know the cause. I hope that entomologists and other scientists can get to the root of the problem before we reach that breaking point.

Tami Carlow has a degree in Entomology from Cornell University