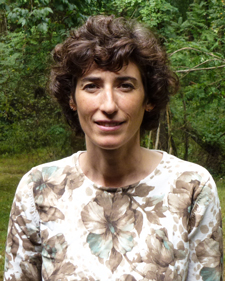 The Loudoun Wildlife Conservancy is thrilled to announce it has hired Nicole Hamilton as its first Executive Director. Hamilton resigned as President of the Conservancy to take over the position on November 1.

Establishment of this position was driven by the organization’s tremendous growth and the increasing demand for environmental programming in Loudoun County. The organization’s Board of Directors recognized that in order to keep pace with this demand, and to demonstrate its commitment to the future, it needed the leadership of an Executive Director.

Loudoun Wildlife Conservancy, a nonprofit with approximately 1,000 members, was formed in 1995 by a small group of local citizens who recognized that the county’s explosive growth was resulting in a tremendous loss of habitat, the greatest threat to wildlife. This small group of people wanted to ensure that Loudoun had a voice for its wildlife and the natural habitats that wildlife needs to thrive.

To this end, Loudoun Wildlife Conservancy is entering its 20th year promoting the preservation and proliferation of healthy wildlife habitats by offering environmental education, citizen science, and habitat restoration projects, as well as advocacy on issues affecting the health of wildlife and the habitat that wildlife needs to thrive. Not only wildlife but thousands of people benefit from these opportunities annually.

Upon accepting the role, Hamilton said, “It’s exciting seeing Loudoun Wildlife Conservancy continue to develop and grow. We often wonder how organizations become part of our community and here we are creating it. We’re developing an organization that will endure and benefit future generations.”

Hamilton first volunteered with Loudoun Wildlife Conservancy in 2003 when she was asked to join the Board. She was President from 2004-2008 and again from 2012 through this new transition. While leading the organization, she established Loudoun Wildlife’s Bluebird Nestbox Monitoring program through a partnership with the Virginia Bluebird Society, developed the Loudoun Amphibian Monitoring Program, created the Field Guide to the Butterflies of Loudoun and most recently launched the organization’s Monarch butterfly campaign, “Bringing Back the Monarch, Keeping the Magic Alive”.

Hamilton holds a Master of Business Administration and worked for 19 years with Booz Allen Hamilton as a Senior Associate leading a portfolio of Strategic Planning and Organization Transformation projects with an annual revenue of $12M.