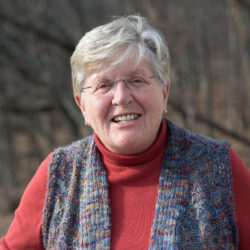 Ann has completed Master Naturalist classes in Florida and Virginia. While in Florida, she volunteered at the Audubon of Florida’s Corkscrew Swamp Sanctuary for six years. She was coordinator of volunteers at Rust Nature Sanctuary, where she also organized and managed the Nature Book Shop, helped to organize the Children’s Nature Book Club, started a native plant lecture series, and launched Loudoun’s Native Plant Sale. While at Rust Nature Sanctuary she found her passion – native plants. She has worked on habitat restoration projects at Rust Sanctuary and other locations in Loudoun County, and volunteered at Banshee Reeks Nature Preserve, where she focused on removal of invasive species. As a volunteer with the Loudoun Wildlife Conservancy, she leads the twice-yearly native plant sales, and manages the Loudoun Wildlife Audubon at Home program that began in 2013 under a partnership between Loudoun Wildlife Conservancy and the Audubon Society of Northern Virginia.