Click on calendar events to go to the event detail page for more information and registration.

Flora of the Blue Ridge Center for Environmental Stewardship 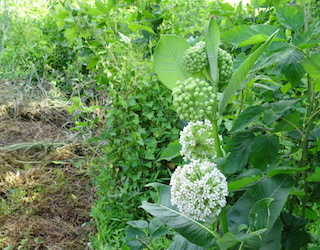 For her thesis at George Mason University Elizabeth McMurchie spent more than two years studying the plants at the 900-acre Blue Ridge Center for Environmental Stewardship (BRCES), the core of a future state park in northwestern Loudoun County. Elizabeth will describe the highlights of her floristic survey and the importance of many of the 515 plant species belonging to five community types that she found during her extensive research in the rich habitats at the center. These species include several that are rare or threatened in Virginia, as well as many documented in Loudoun County for the first time. This program is sponsored by the Loudoun Wildlife Conservancy, the Purcellville Branch of the Loudoun County Public Library, and BRCES.