By Joe Coleman and Bryan Henson 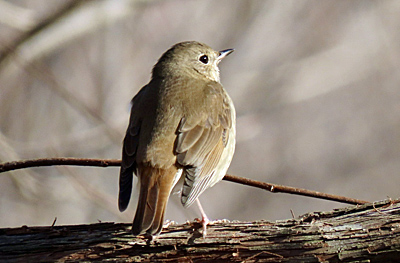 Hermit Thrush with its diagnostic reddish tail. Found here only in the winter, this thrush is more often heard making their alarm call “chup, chup”, than seen. Photo by Eric Anderson

Not only are Christmas Bird Counts one of the highlights of the year for the birding community, they are a snapshot of local bird populations. Because they are done every year under the same strict count protocols, they provide invaluable scientific information on long-term trends.

While the number of participants (157) was considerably higher than any previous year, this year’s totals of 96 species and 33,636 individuals was not record-breaking, but still impressive. On the high side of average for the most part, some species numbers were down, especially waterfowl and blackbird numbers. The former was the result of the record-breaking cold weather which immediately preceded the count and resulted in even running water being almost totally frozen. 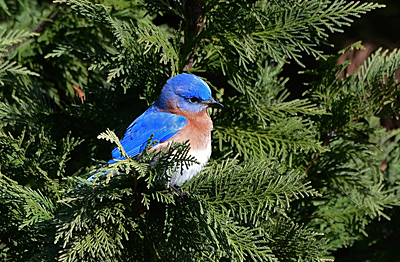 For the first time ever, two Peregrine Falcons were found on the count. They were seen at almost the same time, but 3.5 miles apart on opposite sides of the Luckstone Quarry in Ashburn where they have been documented nesting. Other highlights included finding more Red-shouldered Hawks (186) and Bald Eagles (67) than on any of our previous counts. In addition to high counts of Herring Gulls (726), two juvenile Iceland Gulls were  found (tying our previous high count for that rare species) among the many birds at the County Landfill. While Ring-billed Gulls are the most common gull in our area in the winter, the team at the landfill was excited to find a banded Ring-billed Gull that was hatched and banded on June 25, 2020 in Varennes, Quebec. 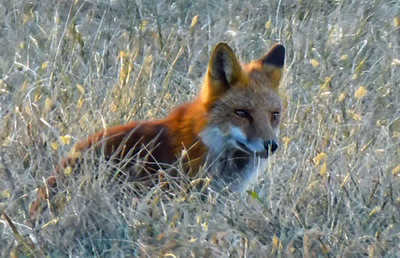 The team a little south of Hamilton took some time out to watch this Red Fox hunting in a field that included several Killdeer and a large flock of Canada Geese. Photo by Michael Sciortino

The count also set records for a number of other species: Killdeer (42), White-breasted Nuthatches (276), Northern Mockingbirds (357), Song Sparrows (783) and Swamp Sparrows (69). And while the number of Eastern Bluebirds (770) was smaller than last year’s record-setting number of 800, it was the second highest ever, continuing a successful trend for that species.

Continuing an unwelcome trend, the number of White-crowned Sparrows dropped to their lowest number ever: 12.

Three groups are invaluable to the success of the count: the sector and team leaders, the many participants that join those leaders in the field, and the numerous landowners who gave us permission to visit their properties. Loudoun Wildlife Conservancy thanks all of them as, without them, this count would not be the success it has been for so many years. We hope everyone will join us for next year’s count on Wednesday, December 28, 2023.

To see our totals and how they compare to previous years, check out the CBC Count Data and Reports page.

More photographic highlights of the count: 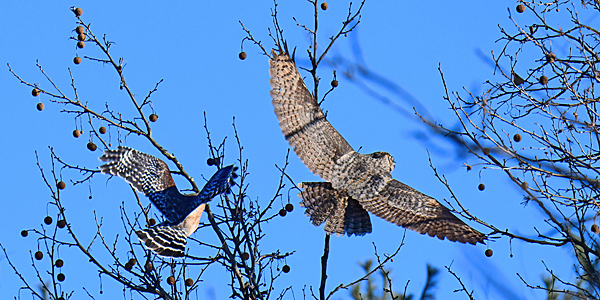 One of the most exciting moments for Laura and Liam McGranaghan and Laura’s mom, Marcia, was when they heard two Red-shouldered Hawks screaming in Purcellville the morning of the count, but couldn’t find them even though the birds kept calling and calling. Knowing something was bothering the hawks, they worked their way around to them only to have a creek get in their way. They did manage to see one of the Red-shouldered Hawks chasing a considerably larger Great Horned Owl. 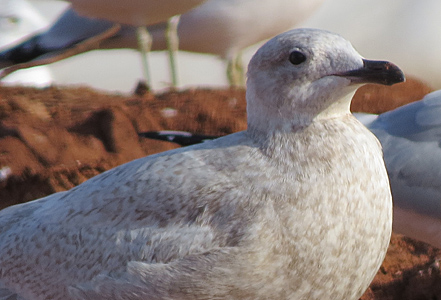 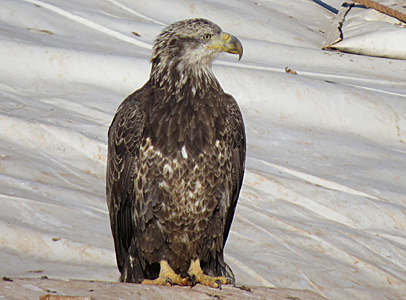 The team at the County Landfill found a large number of gulls (including two rare immature Iceland Gulls), crows and starlings. They also found a total of 10 Bald Eagles, seen at 2:00 p.m., perched either on the ground or in the trees. Because public access to the Landfill is restricted, special permission is required to visit it.